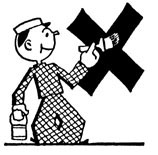 ON THE AUTHENTICITY OF ST. JOHN'S GOSPEL

By William T. Galey | November 2000
William T. Galey, who is now retired, is a lifelong student of Christianity. He taught Literary Aspects of the Gospels at Sandhills Community College in Pinehurst, North Carolina. This article is adapted from a series of articles that appeared in The Pilot, a newspaper of Southern Pines, North Carolina.

Modern biblical scholarship has, with very little reason, doubted the authenticity of the fourth Gospel, the Gospel According to St. John. There was a time when critics saw an effort in John to combat the Gnostics of the second century. This would have put the date of writing too late for it to have been written by the Apostle John. But the discovery in some of the Dead Sea Scrolls of writings about the logos has rebuffed this challenge to the Gospel’s authorship. Still doubt persists.

For example, in their book Five Gospels, the Jesus Seminar prints what they regard as authentic sayings of Jesus in red ink, possibly by Jesus in pink, doubtful in blue, and all others in black. John’s Gospel has one saying in red and one in pink, while all the rest are in black. By contrast, in their “fifth Gospel,” the noncanonical Gospel of Thomas, red or pink ink appears on nearly every page.

The tradition that the Gospel of John was written by John the Apostle goes back to a very early time. It is attested to by Polycarp (c. 150), Melito of Sardis (c. 160), Clement of Alexandria (c. 200), and many others. They all confirm that the author was, in the words of St. Irenaeus (late 2nd century), “John, the disciple of the Lord, the same who rested upon Christ’s breast.”

So what are we to think? A touch of common sense will go a long way toward answering the question of authorship to the satisfaction of most open-minded people.

The grace of marriage allows the parties to become one flesh and calls forth from them the same love Christ has for His Church.