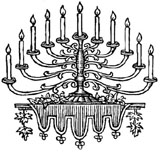 Jewish Light on the Risen Lord

By Frederick W. Marks | April 2006
Frederick W. Marks, former Professor of History at Purdue and St. John's Universities, is the author of six books, including, most recently, A Brief for Belief: The Case for Catholicism .

One of the most valuable testimonies to Christ’s Resurrection comes from the pen of a first-century Jew by the name of Flavius Josephus (b. A.D. 37). His original name was Joseph Ben Matthias. Priest and general, as well as historian par excellence, Josephus was one of the great lights of his age, and in one of the best-known passages of his marvelous work, The Antiquities of the Jews, he not only treats the Resurrection as a fact, but also calls Jesus “the Messiah” and refers to Him as “a wise man, if indeed he should be called a man” (18.4).

How a Jew could have written such things has been the subject of much speculation. Some would argue that Christians must have tampered with the passage in question. But, as we shall see, such a notion flies in the face of overwhelming evidence to the contrary. Certain members of the early Church regarded Josephus as a Balaam figure who was impelled willy-nilly to say things he didn’t believe. This, too, is highly speculative. A third possibility is that he converted to Christianity after witnessing the heroism of the martyrs under Nero. If so, he could have reverted to Judaism during the reign of Domitian, who persecuted the Faith with renewed savagery. He had already distanced himself from Judaism by collaborating with the Romans and accepting Vespasian as the Messiah, and, having accorded Vespasian such a title, it seems reasonable to suppose that he could have bestowed it upon Jesus. Henry St. John Thackeray, Josephus: The Man and The Historian (1929), pp. 137, 149; G.A. Williamson, The World of Josephus (1964), pp. 27, 65, 309.

St. Jerome regarded Josephus’s reference to “the Messiah” as simply a common form of parlance similar to the way Catholics might speak of the “Archbishop of Canterbury” or the “Orthodox Patriarch of Istanbul.” Thackeray, Josephus, p. 144. Atheists think nothing of referring to the spiritual leader of the Catholic world as the “Pope” or the “Holy Father,” and one does not have to be a Buddhist to use the term Dalai Lama, which means “Head Teacher.” In none of these instances does the use of a title imply its acceptance. The word Messiah could even have been used derisively.

Regarding Josephus’s belief that Jesus rose from the dead and was more than a “mere man,” one must begin by acknowledging that, even though he was a Jew, he was highly sympathetic to Christianity. His references to the Christian leadership are uniformly favorable and, at the same time, unassailably authentic. James, for example, the first Bishop of Jerusalem, is described as “a good man” while Jesus comes across as “a teacher of men who receive the truth with pleasure.” Ibid., pp. 131-32, 144. The high priest is said to have been deposed for the slaying of James because “most moderate” Jews of the time took offense at the killing. This, too, is generally accepted as authentic; ibid., pp. 131, 134. Both Origen and Eusebius portray Josephus as viewing the destruction of Jerusalem in A.D. 70 as a consequence of what the Jews did to James. See Eusebius, The History of the Church from Christ to Constantine, trans. by G.A. Williamson (1989), p. 382. Positive reference is likewise made to Jesus’ cousin, John, who could not have been more than 12 or 13 years old when, according to Josephus, he went before Archelaus, the wicked King of Judea, denounced him to his face, and urged repentance. When the despot threatened young John with torture if he didn’t desist, Josephus has the lad shooting back: “It would be more to the point if you stopped acting so disgracefully and submitted to the God you profess to worship.” G.A. Williamson, trans., The Jewish War by Flavius Josephus (1970), p. 397. Fortunately for John, Archelaus was promptly deposed.

Pope & Rabbi Square Off Over the Teachings of Jesus

The Torah expressly indicates that God's saving revelation was not complete in what had already been announced.

The Limits of a Secular Exodus

A political understanding of the power of the Exodus story is eviscerated if its religious meaning is obscured.

At the Close of the Year of St. Paul

Paul seems to suggest that the apostolic ministry is an invitation to live an unsolvable riddle: "treated as impostors, and yet true; as unknown, and yet well known" (2 Cor. 6:8-9).