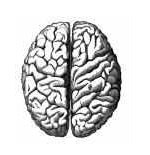 The Heretical Mind Finds a Home

By Tom Bethell | January-February 2010
Tom Bethell, a Contributing Editor of the NOR, is the author, most recently, of Questioning Einstein: Is Relativity Necessary? (Vales Lake Publishing, 2009).

Sometimes, in the summer, I go to Mass at St. Ig­natius Church, on the campus of the University of San Francisco. The church is large but the congregation is usually small. It’s a bit like sitting amidst a busload of spectators at an empty stadium. Most of the pews are unoccupied. Almost all of the confessionals have been removed, and most of the Jesuits who once heard confessions have either died or been sent off to the Jesuit retirement home in Los Gatos.

The university itself grows ever more secular. It claims to deliver a “Jesuit education” but it would be a mistake to assume that that is a Catholic education.

One Sunday this past August, Fr. Thomas Reese, S.J., was the celebrant at the church. Until 2005 he edited the Jesuit magazine America, and when he resigned from that position rumors circulated that he had been fired by the new Pope. These days, Fr. Reese, 64, is a senior fellow at the Woodstock Theological Center at Georgetown University.

Fr. Reese’s claim to fame is the frequency with which he is quoted in news stories about the Catholic Church. He seems to be in every journalist’s Rolodex. For reporters with newspapers like the Washington Post and The New York Times, he is the go-to guy for the adversarial quote, perhaps in nuanced disagreement with a statement by the Vatican; perhaps putting a different spin on it and always a liberal spin.

Neither East nor West: On the Pope's Radical New Encyclical

The Classical & Modern Habits of Mind

In The Battle of the Books (1710), Jonathan Swift depicts a clash between the Ancients…