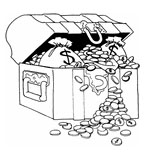 The Great Rewards of Civilization

By Mitchell Kalpakgian | April 2011
Mitchell Kalpakgian, a Contributing Editor of the NOR, is Professor Emeritus of Humanities at Wyoming Catholic College in Lander. He is the author of The Marvelous in Fielding's Novels (University Press of America), The Mysteries of Life in Children's Literature (Neu­mann Press), An Armenian Family Reunion (Neumann Press), and The Lost Arts of Modern Civiliza­tion (Neu­mann Press).

Where a man’s treasure lies, there will his heart be also. Christ’s words acknowledge the simple truth that all people cherish their possessions and gifts. Many of us, however, value things of secondary importance or overestimate worldly goods, failing to distinguish the pearls of great price from gold, silver, and expensive luxuries. All of us seek prizes, rewards, and benefits from our labors, but real treasure transcends the value of money and material riches. While Christ’s teaching refers us to the treasure of eternal life, the fruitfulness of love, and the joys of the Beatitudes as the great rewards of loving God and neighbor, Homer’s ancient wisdom also calls to mind the distinction between real treasure and worldly gain.

Throughout The Iliad Homer illuminates the truth that life acquires purpose and meaning from the bounty a person earns from war, athletic contests, and work. At the beginning of the epic, Achilles resents the arrogance of Agamemnon, who robs him of Briseis, the woman whom Achilles considers a trophy for his heroic deeds on behalf of the Greek cause in the Trojan War: “And now you threaten to strip me of my prize in person — the one I fought for long and hard, and sons of Achaea handed her to me.” Agamemnon demands Briseis for himself because the god Apollo required him to return his own prize, Chryseis, the daughter of Chryses the priest. “But fetch me another prize,” Agamemnon demands, “and straight off too, else I alone of the Argives go without my honor.” The great heroes of Greece and Troy, Patroclus and Hector, also receive the prizes for their valorous deeds on the battlefield, the honor and glory afforded them through their solemn funeral rites.

Homer also depicts another type of prize. During the funeral games on behalf of Patroclus — which include chariot racing, boxing, wrestling, and the footrace — Achilles awards the winners such prizes as mixing bowls, a battle shield and helmet, a mare, a cauldron, a woman, and an ox. All the competitors, regardless of placing first or last, earn prizes, and even the elderly Nestor, past his prime for competition, receives a jar with double handles as trophy for his earlier accomplishments: “You never forget my friendship, never miss a chance to pay me the honor I deserve.”

In both athletic contests and the fierce struggles of war, rewards are significant forms of justice, tokens of appreciation, and expressions of life’s noblest aims. To fight and never to gain a prize, or to compete and never to receive a trophy, lends futility to human effort and deprives work of a sense of accomplishment or productivity. Without these rewards, life might resemble the punishment of Sisyphus in the underworld, the mindless monotony of pushing the rock up a hill only to see it roll to the bottom, and repeating the process again and again.

Some Serious Thoughts on Jewish Humor

Commencement Address at Brandeis University, May 26, 1991

George Bernard Shaw once remarked that a…

Review of Celestial Secrets: The Hidden History of the Fatima Cover-Up

Reviews of Solzhenitsyn and the Modern World... An Introduction to Moral Theol­ogy... George Grant: A Biography... ...