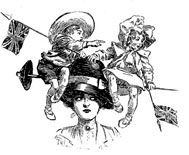 CORRECTING THE DEPOSIT OF FAITH?

In his First Glance at Adrienne von Speyr, Hans Urs von Balthasar declares that von Speyr’s works cannot be dismissed as “private revelations” or a “peripheral outgrowth of theology.” Hers is an “ecclesial mysticism” that contributes to the “central deepening and enlivening” of theology, and so, Balthasar says, she belongs in the company of Benedict, Gregory the Great, Bernard, Catherine of Siena, Ignatius, Francis de Sales, and Thérèse of Lisieux. On what basis does Balthasar claim this? He was Speyr’s spiritual director for 27 years. Speyr died in 1967, and the original German edition of First Glance was published in 1968.

Yet when one examines what Speyr has to say about the Eucharist, the Passion, and the visible Church in The Passion from Within (published in English in 1998), her revelations appear to conflict with Catholic teaching on key points.

In discussing the Eucharist, Speyr does not use the terms hallowed by a millennium of use in the Catholic Church — Transubstantiation, conversion of the bread into His Body, and under the species of bread. Instead, Speyr repeatedly says that Christ in the Eucharist becomes bread and is bread: “Having become flesh, he now becomes bread…. he gives his body to the bread.” And again she says, “he gives to the church the act of his becoming bread as well as the state of being bread,” reiterating, “The bread is not part of his body; it is his whole body…and thus he achieves the full identity between the two forms of his body” (pp. 24, 31, 37).

Now, this language is incautious, to say the least. It could lead an ill-informed reader to embrace the heretical doctrine of Impanation. Impanation is the belief that Christ’s human body in the Eucharist is “substantially united with the substances of bread and wine, and thus is really present as God, made bread: Deus panis factus” (The Catholic Encyclopedia, 1910). By contrast, the new Catechism employs all the well-honed theological language for the Eucharist inherited from the Catechism of the Council of Trent, including the terms Transubstantiation, conversion, and species.

According to the "Prophecies of St. Malachy," only two popes would follow John Paul II: "De Gloria Olivae" (the Glory of the Olive) and "Petrus Romanus" (Peter the Roman).

Hoping that all will be saved – when Scripture says that some are lost – is like hoping that no one ever sins when we know that Adam and Eve sinned.