Volume > Issue > The Dictatorship of Noise

The Dictatorship of Noise 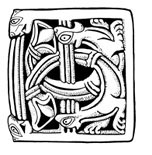 The Power of Silence: Against the Dictatorship of Noise

“This is the great tragedy of the modern world: man separates himself from God because he no longer believes in the value of silence.” — Robert Cardinal Sarah

Following on the heels of God or Nothing comes The Power of Silence, another extraordinary work by Robert Cardinal Sarah, prefect of the Congregation for Divine Worship and the Discipline of the Sacraments. Like God or Nothing [reviewed by this writer in our April 2017 issue — Ed.], The Power of Silence is a book-length interview with Sarah conducted by French journalist Nicolas Diat, though this time around there are also contributions by Dom Dysmas de Lassus, father general of the Carthusian Order. And although the subject of the book is silence, Sarah’s thoughts range widely, and he addresses a number of contemporary problems, so much so that the work might well have been called God or Nothing II. (Indeed, “God or nothing” is a leitmotif that appears multiple times throughout the book.)

The Power of Silence is an extraordinary work. It is, on the one hand, a deeply considered meditation on the virtue of silence and is as traditional and timeless as the Carthusian inspirations that so often inform it. On the other hand, it is also a wise challenge to and critique of contemporary mores, and it is thus both topical and countercultural. The work as a whole is a paradox worthy of Chesterton, featuring as it does two (and at one point, three) men talking about silence. Your humble reviewer is only too pleased to add to the irony, since for years he has used the work of Blaise Pascal to recommend the virtue of silence to hundreds of college students, only to succumb not long ago to an incurable case of tinnitus that has left him forever unable to enjoy it!

The Power of Silence is the product of a number of important influences in Cardinal Sarah’s life. One is his African background (he was born in Guinea, West Africa). Sarah maintains that Africans, in their lives and worship, mix moments of activity with moments of profound silence more often than do most other people. Another influence is his time at seminary, which he credits for his first formal “initiation to silence.” Moreover, despite not having a monastic background, Sarah is clearly influenced by the monastic life and liturgy. The book opens with an account of Diat and Sarah’s 2016 visit to La Grande Chartreuse, the motherhouse of the Carthusian Order. The Carthusians observe the strictest monastic discipline in the Church, leading lives of almost perpetual personal silence and prayer. (That Dom Dysmas would break his silence to add his insights to the discussion in the book is highly unusual.) Sarah also singles out two men whose examples of silence spoke volumes to him. One was his predecessor in the See of Conakry, Archbishop Raymond-Marie Tchidimbo, who was imprisoned for nearly nine years during the dictatorship of Sékou Touré and had to maintain silence nearly all that time. The other was Br. Vincent-Marie of the Resurrection, a young canon regular at the Abbey of St. Mary of Lagrasse in southern France, who was left paralyzed and unable to speak by illness. Rather than being deformed by their sufferings, both men found holiness and a path to God in their silence. Sarah would enjoy one-sided “conversations” with Br. Vincent until the young canon’s death in 2016, convinced that the man had a holiness that spoke without words.

The Power of Silence is thus a thoughtful and well-informed meditation: Diat, Sarah, and Dom Dysmas quote or refer to many authors, ancient and modern, throughout the text; the bibliography runs to five pages of small type. Their consideration of the virtue of silence is wide ranging, but it all stems from one central point: the modern world is simply too full of noise — not just auditory noise but a “noise” of images and continual distractions. Sarah notes, “Modern existence is a propped-up life built entirely on noise, artificiality, and the tragic rejection of God…. Silence is impossible.” Why? The last clause is the clue. “Postmodern man seeks to anesthetize his own atheism,” Sarah observes. Our world of constant din and restless activity is nothing more than a colossal attempt to distract ourselves from ultimate realities.

Sarah reminds us that “silence is where God dwells. He drapes himself in silence.” If we wish to truly understand ourselves, or approach God, we must “join in a sort of resistance movement” against this dictatorship of noise. Sarah repeatedly focuses on the examples of a number of great individuals who practiced the heroic virtue of silence. Our Lord Himself lived a quiet life for over 30 years, and even after undertaking His busy public ministry He spent long periods of time away to pray in silence. At His end, He also pointedly maintained silence in the face of His accusers, and His death was silent as well. Scripture also reminds us of the frequent silences of our Lady, and, of course, it never mentions a single thing St. Joseph said.

The last section of the book is an extended exchange on the theme of the monastic practice of silence. Dom Dysmas provides a valuable Carthusian perspective on silence, noting, of course, that the point is not to seek silence for silence’s sake, but rather as a means to intimacy with God. But the virtue of silence is not meant for monastics alone. Sarah believes silence is a necessary way for all people to encounter God, and he extols the silent moments of the liturgy, traditional disciplines like fasting, deep reading of Scripture, and particularly silent adoration of the Blessed Sacrament — all of which can be done with profit by anybody. In a consideration of silence and the exalted state of “continual prayer” in which one is in constant union with God, the first example the authors give is that of a laywoman, clearly indicating that silence, and the union with God that it brings, is a realistic goal for everyone.

While all this might make The Power of Silence seem like a holdover from the Middle Ages (to some extent it is, which, to this reviewer, is not a bad thing), the work itself is also very contemporary. There are extensive examinations of other kinds of “silence” besides auditory silence: silence of the eyes, for example, and of the heart, and also other kinds of “noises,” like those of ego, memory, temptation, and acedia. Sarah also meditates on God’s silence and considers some of the ways His silence speaks to us (as through the quiet beauty of creation). Sarah does not shy away from an examination of the perennially difficult question of why God appears silent in the face of human suffering and evil, reminding readers of the mystery of life and emphasizing the redemptive power of suffering. And, though praising the virtue of silence, Sarah most certainly is not silent about things that matter a great deal to him.

For most Catholics, the primary place for silence, reverence, and an encounter with God is in the liturgy, and Sarah is deeply critical of contemporary liturgical trends that turn the Mass into “a vulgar country fair.” He believes that “the liturgy is sick.” Anything that detracts from the reverence and mystery of the liturgy should be opposed, whether spread by tepid Westerners (“in order to preserve the mystery it is necessary to protect it from profane banality”) or overly enthusiastic Africans (“the liturgy is not the place to promote [your] culture”). Moreover, according to Sarah, all clergy should talk less and cultivate wise and dignified silence more, because “if the Church talks too much, she falls into a form of ideological logorrhea.” Those clerics who are particularly noisy in their support for modern heterodoxies such as “the new postmodernist ideologies in the realm of sexuality, the family, and marriage” ought particularly to learn the virtue of silence! And here, as in God or Nothing, Sarah singles out the heresy of activism: “Today the danger lies in the unbridled activism of the modern world,” an activism that takes the form of ceaseless hectoring to do something and improve everything, and yet which never seems to fix anything. “The Church’s mission is not to solve all the social problems of the world,” Sarah wisely reminds us; rather, it is to echo the Lord’s call to repentance and belief in the Gospel. We should leave separation of the wheat and the weeds to Him.

Sarah does not mean that we must remain passive and silent in the face of evil. He himself was publicly critical of the actions of Touré, and he notes that “when the barbarians doggedly persist and use the most refined methods to destroy morality, the family, and the mystery, it is necessary to speak forcefully.” But it is important to pick the right time, degree, and method to speak out and act, and only prayer and silence can help us determine those times, degrees, and methods.

As should be evident, The Power of Silence in general and Cardinal Sarah in particular lend themselves to pithy excerpts, and if this review goes on any longer, there is a risk of it devolving into nothing more than a series of quotations. Go to the book itself for more; you will not be disappointed.

An Ex-Lutheran Still in Recovery

We do hope that Fr. Neuhaus will fully recover from his Lutheranism.