Volume > Issue > The Devil in Our Midst 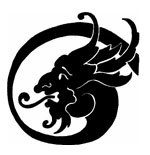 The Devil in Our Midst

A LESSON FROM THE GLOBAL SOUTH

By Paul J. Utterback | December 2013
Paul J. Utterback recently returned from Malawi, where he served for two years as a Peace Corps volunteer, teaching English and history at St. Pio Catholic Secondary School, a Capuchin institution that strives to operate preferentially for the poor. A "revert" to Catholicism after turbulent college years, he aspires to the religious life.

Malawi is a small country in sub-Saharan Africa about the size of Indiana but heartily populated by nearly fifteen million souls, the majority of whom live on approximately a dollar a day. The Catholic Church in Malawi is a fascinating and, at times, disconcerting mixture of Christianity and native custom. Some see it as a strength of Catholicism that it permits enculturation to a certain degree, which, it is argued, enhances her ability to speak to people in their concrete experience. Others see it as a dilution of the faith, rendering the Church incapable of denouncing some rather peculiar — and at times troubling — cultural practices clung to in the name of tribal heritage. Serving as a Peace Corps volunteer at a Catholic school in Malawi, I’ve had to overcome my tendency to see Westernization — meant in a Catholic sense, a sort of Europeanization in terms of behavior, temperament, liturgy, culture, etc. — as the panacea for any and all ills, and to accept that this place offers the Church universal a perspective that could do much to wash away the malaise that has settled over much of Catholicism in the West.

For lack of a better term, living in Malawi has supernaturalized my worldview. It has helped me to reassess the realities on the ground in southeast Africa and stirred me out of my torpor with regard to the battle the Church militant wages daily against forces that, whether we in the West want to acknowledge it or not, beset us on every side. One area in particular in which the scales have fallen from my eyes is that of witchcraft, which at one time I held to be merely a superstition — a silly one at that — and a nonsensical stumbling block to harmonious community and interethnic relations.

In his 2012 book The Future Church, John L. Allen Jr. analyzes ten trends that he predicts will shape the Church in the years to come. Trend number one is the rise of a world Church wherein the concerns of the global south do not match those of the global north. Allen discusses several currently peripheral issues that may come to bear with great force on the Church if she becomes truly global in her pastoral approach. One such issue is that pagan mainstay, witchcraft. “While Northerners may see magic and witchcraft in largely benign terms as a form of New Age spirituality,” writes Allen, “across the South the working assumption is that magic and witchcraft are real but demonic, so the proper response is spiritual combat.”

Combat is indeed the proper response: People in Africa are terrified of witchcraft because the consequences for merely being suspected of practicing black magic can be devastating. As Allen writes:

In Nigeria, an elderly woman was beheaded in 2007 after she was accused of placing a member of another tribe under a curse. In turn, her murder triggered a spate of interethnic killing that left eighty dead…. In 2007, a gang of villagers in Kenya beat an eighty-one-year-old man to death, suspecting him of having murdered his three grandsons through witchcraft.

As a Westerner (or a Northerner, as Allen has it), my unstudied reaction to the first example was that it was an excuse to engage in ethnic fighting; magic was simply the pretense. In the latter example, magic was the rationalization of tragedy.

Allen continues by noting that in Nairobi, Kenya, at a three-day symposium held at the Catholic University of East Africa, “experts warned that witchcraft was ‘destroying’ the Catholic Church in Africa, in part because skeptical, Western-educated clergy are not responding adequately to people’s spiritual needs.” I was one of those people: a Western-educated man who consigned magic to his childhood books, who had carefully filed witch doctors away as benign and powerless eccentrics and not as men and women who can wield great power in a village, even destroying it through their various machinations.

A quick search query of the term witchcraft at the Nyasa Times website, a popular online newspaper in Malawi, returns stories that absolutely confound the Western imagination. Here is a brief sampling of a few of the headlines:

-“Megadinho saga: Bullets to sue Wanderers over witchcraft claims” (this would be like the Green Bay Packers suing the Chicago Bears for casting spells against their players)
-“Malawi mortuary supervisor Mphimbi held over cutting private parts for trade” (the genitals and appendages of albinos are used in various concoctions of witch doctors)
-“Malawi lawmakers persuaded to review punishment of men who sleep with women magically”
-“Malawian man torches mother to death over witchcraft suspicion”
-“Court in Malawi saves alleged Witch from village eviction”

These stories come from the first of several pages of returns. Many of the returns seem ludicrous, but even on a purely human level witchcraft has power. Until recently, I thought that this was the only power it had — the power to make people hysterical and make them do or justify doing ridiculous things.

To relate a personal story: About a year ago I was living in a Malawian village where an elderly man was severely beaten because his neighbor had accused him of witchcraft. The evidence offered by the neighbor for said sorcery was that Bobo Mtonga had “obviously” cursed his field because it was doing so poorly in relation to Mr. Mtonga’s. Obvious to any impartial observer, however, was that there were far fewer weeds in Mr. Mtonga’s garden than in his neighbor’s, thus indicating that he took a great deal more care of it, with predictably favorable consequences. The whole business of magic, I gathered from this incident, was a great deal of malarkey, with disparaging accusations tossed about willy-nilly, their impetus in jealousy and nothing more.

Recalling the Council of Paderborn (A.D. 785), which dealt with the Christianization of the Anglo-Saxons and, among other things, sought to temper witch-hunt mania by making the accusation of witchcraft itself a punishable offense, I wagged my finger like a schoolmarm at Christians in Malawi who placed a heavy emphasis on witchcraft to the exclusion of the many other evil practices on which they could have focused their energies. For example, while witchcraft can get you killed in a village, fornication, drunkenness, and general debauchery are the stuff of giggles and winking nods among polygamous Malawian men. I would point out that the Bible condemns these things more frequently and, in most cases, more vehemently. Furthermore, in a society with a fourteen percent HIV rate, I also thought that these issues were much more urgent to address — not the way the world deals with them, with condoms and other bits of petrol tossed onto the raging flame of human concupiscence, but the way the Church deals with them, by inspiring sinners to sanctity.

A Critique of the Second Draft

The people of the USA are unwilling to make the right to a job a top priority and to get up the money to pay for it, even though they can easily afford to do so.

Archbishop Sean O’Malley made the following statement on July 29,…

The Death of the Daily Paper

My all-time favorite journalist was Will Rogers, the great American humorist who was loved by…