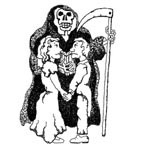 The Curse of Total Sexual Freedom

By Robert Barron | June 2016
Robert Barron is an Auxiliary Bishop of the Archdiocese of Los Angeles and the founder of Word on Fire Catholic Ministries.

All of this wanton viewing of live-action pornography has produced, many are arguing, an army of young men who are incapable of normal and satisfying sexual activity with real human beings. Many twenty-somethings are testifying that when they have the opportunity for sexual relations with their wives or girlfriends, they cannot perform. And in the overwhelming majority of cases this is not a physiological issue, which is proved by the fact that they can still become aroused easily by images on a computer screen. The sad truth is that for these young men, sexual stimulation is associated not with flesh-and-blood human beings but with flickering pictures of physically perfect people in virtual reality. Moreover, since they start so young, they have been compelled, as they get older, to turn to ever more bizarre and violent pornography in order to get the thrill they desire. And this, in turn, makes them incapable of finding conventional, non-exotic sex even vaguely interesting.

This state of affairs has led a number of men from the affected generation to lead the charge to disenthrall their contemporaries from the curse of pornography. Following the example of various anti-addiction programs, they are setting up support groups, speaking out about the dangers of porn, advocating for restrictions on adult websites, getting addicts into contact with sponsors who will challenge them, etc. And all of this, it seems to me, is to the good. But what really struck me in the Time article is that neither the author nor anyone he interviewed or referenced ever spoke of pornography use as something morally objectionable. Pornography has apparently come to the culture’s attention only because it has resulted in erectile dysfunction!

Why the Entertainment Industry Is Bad for Children

Christians need to be aware of how the structure and agendas of tech platforms like Facebook establish tyranny over religious and rational discourse.