Volume > Issue > The Coronation of the Prophet of Peace 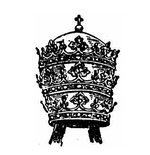 By Margherita Marchione | March 2009
Sr. Margherita Marchione, Ph.D., a Fulbright Scholar and Professor Emerita of Italian Studies at Fairleigh Dickinson University, is a member of the Religious Teachers Filippini. She is the author of several books on Pope Pius XII, most recently, Did Pope Pius XII Help the Jews? (Paulist Press, 2007). Her autobiography, The Fighting Nun, was published by Cornwell Books in 2000.

On March 12, 2009, the world at large will note the 70th anniversary of Pius XII’s coronation and commemorate the day Eugenio Pacelli received the papal tiara. His coat-of-arms showed the symbol of peace: a dove with an olive branch. His motto indicated peace to be a fruit of justice: Opus justitiae pax (Is. 32:17).

The bells of St. Peter’s pealed. There was a blaze of light at the foot of Bernini’s four bronze columns and beneath the baldachino prepared for the coronation ceremony in St. Peter’s Basilica. The bronze image of St. Peter was adorned in pontifical vestments, a tiara on the head, an ancient emerald on the finger, clasping the keys of the kingdom.

The procession moved down the Scala Regia with Pius XII dressed in white, wearing his jeweled pectoral cross and miter. This was the most solemn and elaborate liturgical rite of the Catholic Church. It was a display of a brilliant past: 16th-century helmets; high-collared breastplates; halberds and pikes; black jackets trimmed with purple; peaked caps, gold-braided and crested; deep-blue uniforms; high scarlet collars; golden epaulettes and cordelettes; cuffs and facings.

Silver trumpets sounded and acclamations rose as Pius XII, carried in the sedia gestatoria, approached the main door of the Basilica. Kings, queens, and princes followed the patriarchs, archbishops, and bishops, the abbots and superiors general of religious orders in the procession. They were followed by more than a hundred representatives of many nations. The Pope took his seat on the throne. Nicola Cardinal Canali removed the silver gem-studded miter on Pius’s head. Camillo Cardinal Caccia-Dominioni replaced it with the papal tiara and prayed, “Receive the tiara adorned with the three crowns and know that you are the Father of princes and kings, the Sovereign of the world, and the Vicar on earth of our Savior Jesus Christ, to Whom is honor and glory, now and forever. Amen.”

That fewer than 500 fanatic atheist Communists succeeded in overthrowing a deeply Christian nation is a lesson to be remembered.

The Pope realized that the Church would not have been able to save as many Jews as she did had he not been concerned with saving Rome.

Starting at Christmas 1939, Pius XII issued a Christmas Eve broadcast in which he attacked the ideologies of those who had brought the war to mankind.