Volume > Issue > The Moral Challenge of the Holocaust in 1998 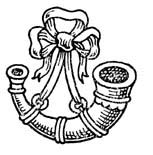 OUR FALSE SENSE OF MORAL SUPERIORITY

The land of what if is a poignant place from which to contemplate the Holocaust, the Shoah. To ask what if the Allies had bombed the railways, or what if all immigration quotas had been lifted, is to enter a world in which six million Jews have not been slaughtered. The view from what if can help us see afresh the full horror of what did happen. Danger, though, lies in the move from what if to if only. From there we may second-guess moral actors in a world half a century away, at the risk of assuming our own facile superiority.

The Hidden Encyclical of Pius XI, a newly translated work (Harcourt Brace, $25), hails from the land of if only. It merits discussion because it illustrates, in spite of itself, how contemporary study of the Holocaust can both unfairly vilify the Church and, perhaps more destructively, instill a false sense of our moral superiority in 1998.

The authors of Hidden Encyclical are two Belgians, ecumenist Georges Passelecq and historian Bernard Suchecky. They tell the story of Pius XI’s commissioning an anti-racism encyclical in June 1938, three and a half years before Hitler’s persecution of the Jews escalated into industrialized murder.

In 1938 American Jesuit John LaFarge was visiting Rome on assignment for America magazine. LaFarge’s pioneering book Interracial Justice had greatly impressed Pius, who summoned LaFarge for a private audience. Binding the priest to secrecy, the Pope outlined his vision of the encyclical, but told LaFarge to say “what you would say if you yourself were pope.” LaFarge set to work in Paris, collaborating with two other Jesuits. The resulting draft was entitled Humani Generis Unitas (HGU). About one-quarter of its text was explicitly devoted to race and racism, and in its treatment of anti-Semitism HGU managed both to denounce it and to perpetrate it.

József Pehm was born in Mindszent, a small village in the Austro-Hungarian Empire, in 1892.…

A review of Church of Spies: The Pope's Secret War Against Hitler

Kurzman makes clear that the Nazis meant to crush Christianity and replace it with a new Nazi religion of the state.