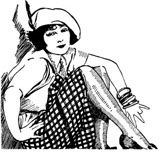 The Conversion of Ruth Snyder

A MYSTERY OF HISTORY

By James K. Hanna | March 2022
James K. Hanna is an online instructor for Notre Dame’s Satellite Theology Education Program and a freelance writer who has been published in Our Sunday Visitor Newsweekly, Gathered Fragments, and Marian Studies.

Ruth Snyder and her adulterous lover, Judd Gray, were convicted of murdering Ruth’s husband, Albert Snyder, while he was passed out, drunk on bootleg whiskey. Sentenced to death, they were executed minutes apart in the Sing Sing electric chair on January 12, 1928.

The pair and their crime garnered national attention, but it was Ruth’s story that captivated the public. New York’s Daily News reported, “The woman who commands, in one manner or another, the attention of the nation is Ruth Snyder, who stood by and urged her paramour, Judd Gray, to beat to death her art-editor husband with a sash-weight. The courts said she shall die for the brutal, premeditated and conceived-in-love-lust slaying” (Nov. 23, 1927).

There is more: Only weeks prior to the murder, Ruth had duped her husband into increasing his life insurance. For additional sensation, consider that her lover was a corset salesman who was also married.

The torrid affair and its aftermath have been the subject of stage productions and true-crime accounts, including historian Landis MacKellar’s The Double-Indemnity Murder: Ruth Snyder, Judd Gray, and New York’s Crime of the Century (2006), and served as the inspiration for Ron Hansen’s novel A Wild Surge of Guilty Passion (2011).

What stands out in the present is a question asked at the time, but one history has abandoned. Ruth Snyder, baptized a Lutheran, entered prison as a nonbeliever but died less than a year later as a Roman Catholic. Was her conversion sincere, or was it merely a ploy to obtain the sympathy of the only person with the power to stay her execution, New York Governor Al Smith, himself a Catholic?

Marian Devotion as a Way of Life

I came to love Mary over thousands of evening Rosaries by candlelight and scores of Marian feast days observed in the liturgical cycle year after year.