Volume > Issue > The Consequences of Ending 'Discrimination' Against Homosexuals 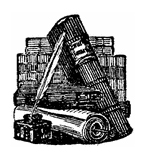 The Consequences of Ending ‘Discrimination’ Against Homosexuals

TYRANNY OF THE MINORITY

On October 12, 2010, Virginia A. Phillips, a U.S. district judge in Riverside, California, issued an injunction against the enforcement by the U.S. military of the law authorizing the “don’t ask, don’t tell” policy. This policy dictates that homosexuals are not to reveal their “sexual orientation” since open homosexuals are precluded from military service under the law. Judge Phillips found this to be discriminatory and hence she ruled that the ban on open homosexuals in the military “infringed on the fundamental rights” of gay and lesbian members of the armed forces. The Department of Defense (DOD) promptly announced that the court’s decision would be “obeyed,” and the current ban on service by open homosexuals no longer enforced.

Both the existing policy, as well as the current law behind it (now judged to be discriminatory), were considered compromise solutions at the time they were put in place in the early 1990s. President Bill Clinton had tried but failed to allow open homosexuals to serve in the military, and the present law was put in place instead. The resulting compromise policy, however, continued to be controversial. Homosexual rights groups have never ceased to agitate against it, while on the other side hundreds of retired generals and admirals have publicly warned that acceptance of open homosexuals in the military would disrupt military effectiveness, particularly unit cohesion.

The pressures to do away with the ban have nevertheless continued to be intense. At least one previous court decision called for the reinstating of an officer who was dismissed because she was a lesbian. In late September, just days before Judge Phillips issued her injunction, an attempt to repeal the law by means of an amendment added to the current DOD appropriations bill failed to garner a sufficient number of votes in the Senate (after having been approved by the House).

Both during his campaign for the presidency and after taking office, President Barack Obama has plainly indicated his opposition to the “don’t ask, don’t tell” policy. His favored method for abolishing it, however, was by means of repeal legislation. As he explained at an MTV forum, “This is not a situation where with the stroke of pen I can end the policy.” Not even the Obama administration wanted to see the law annulled by an injunction issued by a single federal district court. Upon assuming control of the White House, the Obama administration ordered a DOD study on the consequences of making the change, after which a judicious decision was presumably going to be made. This study was to be completed by December 2010.

The Faith of Christopher Hitchens: The Restless Soul of the World's Most Notorious Atheist

The Waning Legacy of Cardinal Bernardin

The Seamless Garment Network has changed its name.