Volume > Issue > The Conscience of Croatia 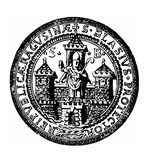 By Ronald J. Rychlak | November 2009
Ronald J. Rychlak is a professor of law and academic dean at the University of Mississippi School of Law. He is the author of several books, including Righteous Gentiles: How Pius XII & the Catholic Church Saved Half a Million Jews from the Nazis.

At the beginning of the Second World War, the area now known as Croatia was part of Yugoslavia. In March 1941 that nation threw in with the Axis. Two days later, Serbian nationalists seized control of the capitol, Belgrade, and announced that they were siding with the Allies. As a result, Hitler invaded Yugoslavia and gave his support to Croat nationalists, who declared an independent Croatia. The new Croat government was led by Ante Pavelic and his Nazi-like party, the Ustashe.

There had been a long history of hatred between Croats (predominantly Roman Catholic) and Serbs (mainly Orthodox). And so the Ustashe government enacted race laws patterned after those of the Third Reich and exacted revenge against Serbs for years of perceived discrimination. Serbs, Jews, Gypsies, communists, and even dissident Catholic priests were beaten, murdered, or interned in concentration camps.

The leader of the Roman Catholic Church in Croatia at that time was Aloysius Stepinac, archbishop of Zagreb. When the Ustashe first came to power, Stepinac tried to work with them. This might have been in part because Pavelic portrayed himself as a “good Catholic” and, much as Hitler had done in Germany, promised to support “Christian values.” Indeed, the Ustashe government paid considerable attention to public morality by issuing strict ordinances against prostitution, abortion, drunkenness, cursing, and similar public vices. Before long, however, the Ustashe revealed its true nature.

The same month that the group came to power (March 1941), the Ustashe enacted Nuremberg-like racial laws. As his biographer reported, “Stepinac, the conscience of Croatia, thundered in his cathedral…against those racist laws.” He wrote a letter of protest to the new government on April 23, and the letter made clear that the Archbishop had previously contacted the authorities regarding the treatment of Jews and Serbs. Stepinac’s diary reveals that, prior to May 13, 1941, he had spoken to Pavelic about “easing the measures against the Jews and Serbs.” He also encouraged the Croat Minister of Internal Affairs to reject racial laws.

Croatia's cardinal Stepinac faced opposition unimaginable to most prelates in the modern West. By all indications, he did not buckle.

A Faith Enshrined, A Nation Renewed

“I pray, I command, that at every time and in every­thing…you may show favor not…