Volume > Issue > The Battle of the Creeds 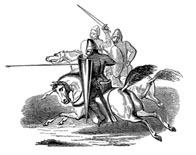 The Battle of the Creeds

The Council for Secular Humanism sent me from New York a mailer about Humanism, offering a collection of essays entitled Imagine There’s No Heaven and a quarterly called Free Inquiry, with writers who are “leading the way toward living the good life without reliance on traditional religion.” They listed such names as Francis Crick, Camille Paglia, Thomas Szasz, Richard Dawkins, Martin Gardner, Paul Kurz, E.O. Wilson, Art Buchwald, and the late Isaac Asimov, who write “for freethinking individuals who do not follow the ‘susceptible crowd’ into lives of self-denial in the name of uncorroborated religious claims rooted in the supernatural.” They promised risk-free, money-back subscriptions and they included a document entitled The Affirmations of Humanism: A Statement of Principles.

Now, I had thought that Humanists had no prescribed code of belief and that freethinkers were free when they did their thinking. But these Affirmations of Humanism are a forthright credo, and I am amazed to discover not only that a Humanist creed exists but that it proves upon examination to be more demanding than the Christian creed.

The first thing that strikes one about this creed is the sheer size of it. The Humanist creed has nearly 500 words. Of the principal Christian creeds, the Apostles’ has only about 100 words and the Nicene has about 200. (The Athanasian Creed is a special case; it contains some 600 words but it gives an impression not of bulk but of intricate repetition; it is a sort of Trinitarian fugue, a complex piece of theological music.)

So the Humanist creed is long, but perhaps it’s not overlong, perhaps every word is meaningful and memorable. Let us unroll the scroll and begin to read.

Pilgrims in Their Own Land: 500 Years of Religion in America... The Image of Guadalupe: Myth or Miracle?... The Genesis Connection... The New Story of Science