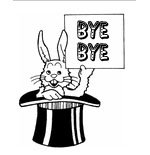 A NEW GENERATION IN THE WINGS

By Christopher Lasch | September 1993
Christopher Lasch is Watson Professor of History at the University of Rochester and a Contributing Editor of the NOR. His latest book is The True and Only Heaven: Progress and Its Critics.

Commencement Address to the Department of History at the University of Rochester, Spring 1993

This kind of gathering brings together members of several distinct generations and therefore prompts reflections on that always fascinating theme, the generation gap. My own reflections must be taken with a large measure of skepticism, since broad statements about generations are notoriously risky. Obviously there are innumerable individual exceptions to anything that can be said about this subject, and there is always something more than a little presumptuous about assigning to individ­uals the characteristics of groups, identification with which they may actively reject. (This is one reason so much of the current talk about race and gender and ethnicity is so unappeal­ing to the very people on behalf of whom it is spoken.) Unlike some historians, moreover, I happen to think that the concept of genera­tions, as an instrument of historical analysis, is fairly useless. Still, you would have to be blind, deaf, and dumb not to notice that there are some fairly striking differences between this current generation, the one whose graduation we celebrate today, and the more voluble and more highly publicized baby-boom genera­tion that preceded it on the historical stage and sometimes seems determined never to leave it.

Some of what I say will not be exactly flattering to the baby boomers in this room, so I had better explain at the outset that I include myself in much of what I plan to say about them, not because I was born after the war but because the real dividing line in recent Ameri­can history — and this is one of the things that makes the demographical and essentially ahistorical concept of generations so treacher­ous — is the line between those who lived through the 1960s and those who didn’t. All of us who experienced the 60s, that profound upheaval after which nothing was ever the same again, were unavoidably marked for life. We thought, even those of us who rejected the more naïve and self-indulgent illusions of the New Left, that we were somehow going to make a deep and lasting difference in human affairs that would leave things vastly better than they were. More than the Depression generation, we thought we had a rendezvous with destiny; and we have never quite been able to come to terms with the ensuing knowl­edge that destiny obeys her own rhythm and can’t be called up at will simply because it seems like a nice thing to have her on your side.

Since the younger generation seldom gets a chance to speak for itself, and since the baby boomers control the airwaves and newspapers and magazines, as they control practically ev­erything else, the new generation, which doesn’t even have a name — the X generation, suggested by some, hardly does the trick — gets a pretty bad press. Abbie Hoffman and other relics of the 60s spent the latter part of their careers, and incidentally made a good deal of money in the process, berating college students for their lack of political commitment. Instead of marching and picketing and protest­ing and generally making themselves obnox­ious, they were grinding away at their studies in the hope of getting jobs. The truth of the matter, however, which people like Hoffman never understood, is that today’s students are deeply skeptical of the kind of ideological appeals that inflamed and still inflame so many of their elders. They have inherited a perfectly terrible world, in many ways a terri­fying world, and they have no illusions about making it dramatically better in the short run, or maybe even in the long run.

I had no idea that my students would respond so enthusiastically to the course. It…

The Lord of the Journey... All My Road Before Me: The Diary of C.S. Lewis 1922-1927... Ungodly Rage: The Hidden Face of Catholic Feminism... In Good Conscience: Reason and Emotion in Moral Decision Making...