Volume > Issue > Another Side of John Henry Newman 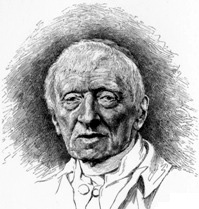 Another Side of John Henry Newman

By Warren R. Johnson | October 2016
Warren R. Johnson is a retired church musician and formerly Organist-Choirmaster at All Saints' Parish in San Francisco. He holds advanced degrees in both sacred music and theology and lives a quiet life in the North Georgia Mountains.

John Henry Newman (1801-1890), the famed Anglican priest who converted to Catholicism and was ultimately named a cardinal, is also known as a poet and prose writer. He is less well known as an accomplished musician. Newman grew up in a pre-Victorian household in London, where literature and music were important. Both he and his father were adept musicians. At age ten, Newman’s father gave him a violin, and Newman quickly became a competent violinist. Later, his brother-in-law, Tom Mozley, would say, “He would have been a second Paganini if he had become a professional musician” (Geoffrey Faber, Oxford Apostles: A Character Study of the Oxford Movement, 1933).

Newman was attracted to both words and music. In addition to being a capable violinist, Newman was a voracious reader and a gifted writer. And so his father sent him to Great Ealing School at age seven. Ealing was considered one of the best private boarding schools in England, in company with Eton and Harrow. Louis-Philippe, King of France, in exile since the Reign of Terror, taught mathematics and geography during Newman’s time at the school.

At age ten, Newman wrote an opera, including the music, and the next year he wrote a mock drama, a satire on the Prince Regent (George IV). Three years later, he formed a “spy club” at Ealing and produced the club’s periodical, The Portfolio, which ran for twenty issues. The sons of John Quincy Adams were also at Ealing with Newman for two years, and one issue of The Portfolio included a contribution by Adams. During that time, Newman also published The Beholder, which ran for forty issues.

It was at Ealing that Newman experienced a conversion from his family’s conventional Anglicanism to one influenced by contemporary evangelicalism. This was, however, tempered when he reached Trinity College in Oxford at age sixteen. There he studied mineralogy and anatomy, and thought of entering a legal profession. He still indulged in music, playing fiddle in a band; however, he only practiced occasionally. With his friend John Bowden, Newman published the first canto of a verse romance, “St. Bartholomew’s Eve,” later followed by a second canto. Together they also published a periodical, The Undergraduate. Newman had an ever-increasing interest in religion, and, although he passed his exams, he failed to graduate with honors. He convinced his father that he should receive Holy Orders.

Mariology: The Essence of Rome's "Errors"?

Karl Barth, speaking for classical Reformation theology, wrote in his Church Dogmatics: “In the doctrine…