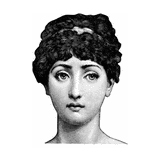 By Ann Kelly | October 1985
Ann Kelly is a Pittsburgh housewife.

Some eight years ago our third child, David, was born. Our first child, Robert, was almost three years old, and our second child, Cecelia, was 14 months old. I was feeling overwhelmed by babies, and I thought that if I became pregnant again I wouldn’t be able to cope. So I told the doctor that I wanted a tubal ligation after the birth of our third child. The doctor asked me, “Are you sure?” and let me know that it would probably be perma­nent, and that was that. The day after David was born a tubal ligation was performed.

I remember greeting the news of my third pregnancy with happiness and was impatient to tell my husband, Peter. Cecelia was a happy, easygoing baby. We were all blessed with good health, so I had no big problems. Yet, I was fully aware of my difficult situation. Especially hard was the constant exhaustion: I looked forward to nap time the way a parched desert traveler looks forward to a cool spring.

As I look back, I see a timidity on my part and on my husband’s part about discussing matters such as fertility with one another. I have always been the silent, uncommunicative sort (this is now changing, I am happy to say). So when the idea of sterilization presented itself, I did not do the one thing I should have done at the very beginning, that is, talk with my husband about it.

Once fixed on this quick solution to my im­mediate problem of coping, I in essence informed Peter that I would have a tubal ligation. I blocked any other possibility out of my mind.

The last months of my pregnancy with David are a blur of food preparation, laundry, dirty dia­pers, constant messes, and nursing baby. David was born after a trouble-free six-hour labor. Within hours I was up and taking care of him. For the third time I was filled with joy as I gazed at this little miracle in my arms.

Then, 24 hours later, I was prepared for the tubal ligation. I remember being wheeled down long corridors and waiting on my stretcher in the pre-op room, a cold, sterile place. Indeed, a cold­ness was settling down in my heart.

The next thing I knew, I awoke in dreadful pain in a white room. A nurse gave me a painkiller. Back in my bed on the maternity floor, everything seemed to have changed, mainly because the wound incapacitated me. I could no longer pick up my baby. Somehow, I hadn’t anticipated all the de­bilitating pain. Giving birth was as nothing compar­ed to it. I was so distraught inwardly that I thought it would be better at home. So home I went, a brief 24 hours after the operation.

The next few days and weeks were the hard­est in my life. I couldn’t lift one-year-old Cecelia. I could barely lift infant David. Foremost in my mind was how easily I had bounced back after Ce­celia’s birth. A group of friends brought me dinners the first week I was home from the hospital. Beau­tiful gestures. When the last one came on the sev­enth night, I broke down and cried. I couldn’t ex­press to my friend what was wrong, and I hardly knew myself.

A feeling that I was floating in space persisted long after David’s birth. Of course, there were also the joys that are part of life with three small chil­dren. My husband, Peter, and I were very thankful for each other and for our three healthy children, although we didn’t often express it in words. When David was about one and a half or two years old, I was talking to a neighbor whom I didn’t know very well, and found myself unexpectedly confiding in her. I told her of my floating-in-space state of mind, and she spontaneously invited me to a pray­er group. Contrary to my own expectations, I went, and met two other Christian ladies who, along with my neighbor, became instruments in un­scrambling my uncertainties.

You might be asking yourself what a prayer group has to do with the story of my tubal liga­tion. Well, coming to terms with my sterilization was inextricably linked with a conversion experi­ence that grew out of that prayer group.

Looking back, one could say that I was Chris­tian by upbringing. I had been taken to Sunday school and taught to do what is right. My worship of God, however, became vaguer and more panthe­istic as the years went on. During my college years I had a clear realization of the unity of Christian­ity, but the earthly church, divided as it is, confused and repelled me.

This was where I was when an Irish Roman Catholic girl came to live with my family, a girl with whom I became good friends. We started go­ing to each other’s churches together, but gradual­ly, at my insistence, we mostly went to hers. Then I met Peter, also Irish; we were married shortly thereafter in my church, but I continued attending Mass (without becoming a communicant). But my faith continued to be vague — until the prayer group.

The women in the prayer group helped me ar­ticulate my confusion. They prayed for me (this was totally new to me, and embarrassing, but an in­ner peace drew me to them). Surrounded by a myr­iad of children, their faces spoke of peace. I knew I needed help, had looked for it in myself, and had failed to find it. At the same time I felt the strange­ness of this whole prayer business, and kept repeat­ing a silent prayer to myself telling God that I did­n’t want to be a hypocrite, and if He was Who He said He was, could He please bring me to real faith in Him.

Amazing changes took place. I was suddenly able to read the Bible, and found it fascinating. There was no rushing wind, no blinding light, but I was changed. My situation was the same, but the confusion was gone.

After years of having attended Mass fairly reg­ularly, but without receiving communion, I was suddenly conscious of being left out. So, I began an instruction class in the Roman Catholic faith and was received into the Church.

During my instruction I learned that steriliza­tion, such as I had undergone, is a sin. I took this knowledge in calmly and resolved to confess the tubal ligation at my first confession, thinking all the while, “Well, I can’t be blamed too much. I didn’t know it was a sin.” It took some two more years to understand fully why it is wrong, and to be really sorry for it. The Church brought me to the full, awful realization of what I had done, and I credit her with answering my deepest questions about life. In my unformed conscience, the notions of God and man had gotten turned around. God is the Creator of all things, man being the crown of His creation. Man, as steward of creation, takes care of, nurtures in himself and in others this gift of life given him by God. To tamper with the generative function, as I did, is to make myself a god, or to tell God, in effect, “I know better than You do.” This is because the generative function in­volves the transmission of human life, and any­where there is human life being created, there is God in the midst.

I went through many regretful moments about the damage I did. My husband and I have come to a true repentance for it, and we know that we are forgiven. “For thou hast no delight in sacri­fice; were I to give a burnt offering, thou wouldst not be pleased. The sacrifice acceptable to God is a broken spirit; a broken and contrite heart, 0 God, thou wilt not despise” (Ps. 51:16-17).

AFTERWORD: Five years after the tubal li­gation a priest assured me that God has forgiven me and does not expect my husband and me to go into great debt to reverse the operation, unless we wanted more children. The reversal operation is so expensive that I did not dare hope that we could have it done. Two years later, however, Peter and I decided that we would go ahead with the series of tests that are run prior to this kind of surgery, until we were stopped, be it by circumstances or finances. Twice the date of the surgery was set and then canceled, and I began to wonder if God were tell­ing us something. But finally it did take place on the Thursday before last Thanksgiving, and I was at Mass on Thanksgiving. A week later I was doing all the housework. Miraculous is the most fitting word to describe my recovery! We may never conceive again, but I thank God with all my heart for the grace of the possibility of more children. I thank Him for the three children He has given us, and I especially thank Him for bringing me to an open­ness to life that I did not know before.

For the sake of your own immortal soul, and for the sake of the lives of the unborn children your ideology menaces, please rid yourself of this delusion.

Waiting on the Past

Two more bishops recently weighed in on what measures are appropriate to take against pro-abortion Catholic politicians.