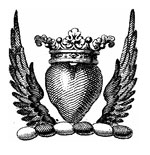 THE ANTIDOTE TO METAPHYSICAL DERANGEMENT

By William C. Zehringer | January-February 2014
William C. Zehringer, who resides in Bloomsburg, Pennsylvania, is presently composing a book he has entitled A Sunken River, a volume of connected studies of French Catholic spiritual writers, from the seventeenth century to the present time. This article is that book's first chapter.

“Here then is the fountain and source of all the violations which have been made of this holy rule; namely, when people have taken up the fancy of not receiving it save by the measure and rule of the inspirations which each one believes and thinks he feels.”—St. Francis de Sales

In such a manner did St. Francis de Sales (1567-1622), one of the great luminaries of his own or any age, give succinct expression to the tragic fissure in the faith of Christians that had largely sundered the social fabric of Europe. With a keen perspicacity, he saw that such a division in the very heart of Christendom would lead, inexorably, to a world of infidelity and aggression. It has been said of the American poet Longfellow that “all the stars were propitious at his birth.” One might hesitate to make the same assertion about the great bishop, spiritual writer, and saint under consideration here. It is true that Francis de Sales was born of a respected family, in a prosperous duchy, and was offered the opportunity to pursue a lucrative profession in the law — all of which he abandoned in order to pursue the religious life. Moreover, he lived at the dawn of the epoch that Alfred North Whitehead termed “the century of genius,” the seventeenth century, making him a near contemporary of Galileo, Velasquez, Shakespeare, Tasso, and Cervantes.

And yet those lovely Alpine valleys of the Savoy that sheltered him for so much of his life were rife with heresy and stained with religious controversy. Did not the very presence of the Calvinist ascendancy in nearby Geneva make itself felt in his fall as a young man into trembling fear and doubt for his salvation? “For him,” wrote Joseph F. Power, “the worst part was the prospect of being unable to love God for eternity” (New Catholic Encyclopedia, 2002). And yet, what is truly astonishing about this particular saint is the way he managed, throughout the long course of his priestly vocation, to spin gold out of his most trying experiences. Take, for example, his harrowing journeys through the forbidding valleys of the Chablais, an adamantly defended Calvinist stronghold, which resulted in countless conversions of its inhabitants back to the Catholic faith of their ancestors. As Fr. Power observed, “Francis’ life and ministry provided the matrix and motivation for all his writings.”

If we wonder what has given those writings, most especially his enduring devotional works, their unfading charm, it surely must be the way in which Francis de Sales presents his readers, so eager for counsel and solace, with blessed assurance that has nothing in it of bitter polemic. (Does that quality not set him apart from so many of the controversial theologians and pastoral guides of his tumultuous age?) As Michael de la Bedoyere astutely noted, “The genius of François de Sales was not that of the scholar, the learned man, the student; it was the genius of an intensely spiritual and intensely wise man of action who had the gift of being able to rise to every circumstance and every opportunity” (François de Sales, 1960).

For a wholly adequate sample of that supernal gift, there can be no fitter example than the following selection from his masterwork of spirituality, Introduction to the Devout Life (1609), in which this most discerning of spiritual authors seasons his sage advice with the salt of wit and the art of graceful expression: “Let us turn a deaf ear to this blind world…. Let it cry as long as it pleases, like a cat who tries to disturb birds in daytime. Let us be constant in our designs and unswerving in our resolutions. Our perseverance will prove whether we have in good earnest sacrificed ourselves to God and dedicated ourselves to a devout life.”

Why Pope Pius XII Was Right

Pius guided the Church with a combination of caution, courage, and compassion. In so doing, he lessened suffering, saved many lives, and even helped the Allies win.

She was leaning her head on her dad’s shoulder, the girl with her parents two…