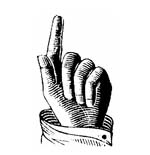 THE RED HAND OF ATHEISM

By Andrew M. Seddon | June 2011
Andrew M. Seddon, a native of England, writes both fiction and nonfiction, with over one hundred publication credits, including three novels: Red Planet Rising (Crossway Books, 1995), Imperial Legions (Broadman & Holman, 2000), and Iron Scepter (Xlibris, 2001). He contributed a chapter to Staying Fit After Forty by Don Otis (Harold Shaw, 2001), and is co-author of the devotional Walking With the Celtic Saints (Crossroad, 2004). He was editor of articles and columns for Christian Library Journal from 1998-2003, contributing editor of The Christian Communicator from 1998-2000, a book reviewer for Ethics & Medicine, and is a current member of the Authors' Guild. Dr. Seddon is a family-practice physician in the SameDay Care department at Billings Clinic in Billings, Montana.

Hardly had Pope Benedict XVI stepped off the plane in Edinburgh on his recent visit to the United Kingdom than British hackles — specifically, atheist hackles — were raised. In his initial address on Scottish soil, the Pope recalled how British leaders stood up to the Nazi tyranny that sought to eradicate God from society and denied the humanity of the Jews. “As we reflect on the sobering lessons of the atheist extremism of the twentieth century,” the Pope exhorted, “let us never forget how the exclusion of God, religion and virtue from public life leads ultimately to a truncated vision of man and of society and thus to a ‘reductive vision of the person and his destiny.'”

The British Humanist Association (BHA), an umbrella group of atheist and agnostic organizations, took umbrage at the Pope’s remarks. In a press release issued within hours of Benedict’s arrival, the BHA claimed that “the notion that it was the atheism of the Nazis that led to their extremist and hateful views…is a terrible libel against those who don’t believe in God.” Moreover, the BHA insisted, “the notion that it is non-religious people in the U.K. today who want to force their views on others…is surreal,” especially coming from “a man whose organization exerts itself internationally to impose its narrow and exclusive form of morality and undermine the human rights of women, children, gay people and many others.”

What is truly surreal, however, is the hysteria and illogic in the BHA’s defensive statement. In politically correct yet self-styled “tolerant” Britain, it is precisely the nonbelievers — flying the atheist banner of “freedom from religion” — who want to force their views on others, eliminate God from the public sphere, restrict the right of Christians to articulate their faith, and impose a secularist “morality” upon them. With regard to “undermining human rights,” the Catholic Church has long promoted the true dignity of women, endeavored to ensure that children will be raised in proper families with knowledge of and faith in their Creator, and attempted to direct those with same-sex inclinations away from lifestyles that are ultimately fruitless and self-destructive.

The Pope certainly did not malign atheists in general. His comments were instead directed toward “atheist extremism.” In the past century, this consisted of the likes of the Nazis and the more overt atheists of communist regimes in the Soviet Union, China, and Eastern Europe. Today, those voices belong to the likes of Richard Dawkins, Christopher Hitchens, Sam Harris, and the rest of the so-called New Atheists who rail angrily against God, against religion that “poisons everything,” and against Christian believers whom they denigrate as deluded, brain-damaged “faith-heads.”

There are two schools of thought about whether atheism is advancing throughout the world. One…

Has Science Made God Superfluous?

A review of The Grand Design