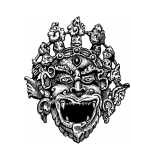 By Thomas J. Euteneuer | May 2010
The Rev. Thomas J. Euteneuer is president of Virginia-based Human Life International, which has affiliates and partners in 87 countries around the world. A trained exorcist, Fr. Euteneuer has been authorized to perform the ancient rite in several dioceses in the U.S.

Every exorcist knows that praying over possessed people is the easier part of the process of delivering them from the power of evil. The more difficult work is in discerning what is happening inside of them; namely, in sorting out what part of their problem is spiritual and what part is natural. Exorcists rely on several factors to aid in this discernment process: God’s grace, their own pastoral experience, competent science, and the cooperation of the patients. The main source of all interior healing, however, is always Christ’s transformative love that communicates itself through the very difficult work of discernment. It is this discerning love that gives us hope.

As an aid to discerning the complexity of demonic problems, I have compiled a list of the possible scenarios an exorcist may encounter in trying to liberate people from demons. In dealing with spiritual evil, we can only understand certain things with precision, and we must always stand humbly before the Lord, begging the guidance of His Wisdom to understand the rest. The following scenarios explain the varying degrees of time and effort required to expel demons in different situations. Here I rank them in ascending order from the “easiest” to the most difficult to liberate.

1. Children. Children may become possessed due to victimization by adults or direct curses, but they can be the easiest to liberate from the power of evil. As a result of a child’s natural innocence and immaturity, his mind, emotions, and will are usually not deeply bonded to demons; consequently, the demons are generally easy to expel as long as the victimization is not enduring or related to Satanic Ritual Abuse, as will be described below. The expulsion process requires the faith-filled participation of caring adults close to the child, and the help of professionals where possible. Children need a great deal of love, safety, and persevering prayer on the part of loving adults for complete liberation from demons. If the liberation requires multiple prayer sessions, it is important to give the child ongoing, clear explanations and solid catechesis, helping him to call upon his guardian angel and his innate sensitivity to God as a help to liberation.

2. Adolescents & Dabbling. Young people make many mistakes, some that open them up to the power of unclean spirits, especially given that modern youth culture is saturated with the occult (see my March column, “The Spiritual Toll of Pervasive Occultism”). If the activity was not serious or sustained over years, dabblers can generally be liberated fairly quickly due to the lack of deep penetration of spirits into their lives. Though it is true that dabbling in the occult can open doors to powerful demons, this does not necessarily mean that dabblers are possessed. Usually the evil is superficially present, and with the youth’s cooperation in a serious effort at deliverance prayer, expulsion and healing are assured. The greatest determining factor for deliverance of youths or dabblers is the strength of their desire to totally separate themselves from evil and to “learn their lesson” about the Devil and God’s law.

Psychiatrists as a group are generally not very open to, or knowledgeable about, the distinct possibility of demonic possession.

The Dark Side of Self-Sacrifice

All traits, even virtuous traits, can be twisted to do the Devil's work. The dark side can be seen clearly in the celebrated Friedrich Nietzsche.