Volume > Issue > Deliver Us From Evil 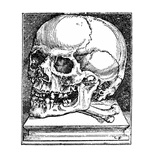 Deliver Us From Evil

It is our great pleasure to introduce in this December issue a new NOR columnist. His name will undoubtedly register with a good many of our readers: He has appeared countless times on radio and television (including a controversial interview with Sean Hannity on Fox News); he has been featured in several Catholic publications; tens of thousands have attended his public appearances; and his work on behalf of the prolife movement has earned him numerous accolades — as well as enemies, an indicator that his influence is felt far and wide. He is someone whom the NOR has long admired; we have had occasion to quote him many times over the years. He is Fr. Thomas J. Euteneuer. Readers know him as the president of Human Life International.

Fr. Euteneuer will write a mini­series of columns on a topic that has generated much interest and discussion in the pages of the NOR, a topic with which he is intimately familiar: demonic possession and the Church’s Rite of Exorcism. In addition to being a major figure in the prolife movement, Fr. Euteneuer is a trained exorcist. He has been performing exorcisms for over six years, and has been authorized to do so in several dioceses across the U.S. Fr. Euteneuer has performed more than ten full exorcisms and several dozen deliverances of afflicted persons. His interest in this ministry was a natural outgrowth of his prolife work, through which he has been confronting the organized power of evil on a global scale.

Thomas Euteneuer was born in Detroit, Michigan, in 1962, the fourth of seven children. He earned a bach­elor’s degree in philosophy from the University of Notre Dame and a licentiate degree in biblical theology from the Pontifical Gregorian University in Rome. While in college, he participated in the Marine Corps Officer Candidate Program, attended basic training at Quan­tico, Virginia, and graduated at the top of his company. After discerning that the Lord was calling him to the priesthood rather than the military, he entered the seminary.

Fr. Euteneuer was ordained a priest for the Diocese of Palm Beach, Florida, in 1988. Over the next twelve years he served in five parishes in the diocese, in addition to working as secretary to the bishop, director of vocations, and spiritual moderator for the diocesan Respect Life office. His prolife activities began in the early years of his priesthood with prayer vigils, pilgrimages, picketing, and sidewalk counseling. In 1999 he helped establish a crisis-pregnancy center across the street from an abortion mill.

Bizarre elements in cases of demonic possession are evidence of supernatural activity, but mostly these elements are subtle and disturbing rather than melodramatic.