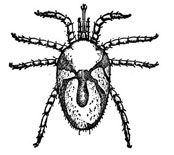 When we do or say something, we tend to consider only the action itself and the persons directly involved. But our public words and actions may influence persons we have never met, making us — whether we are aware of it or not — teachers.

For example, there was a shocking report from Rome that a member of the Swiss Guard killed the Guard’s commander and his wife and then shot himself. At a memorial service the three coffins were placed side by side and the Pope knelt before them as an honor guard stood nearby.

The front-page photo of the three coffins side by side conveyed, however unintentionally, the message that killers are as deserving of grief and honor as their victims. The victims’ coffins could have been placed together on one side of the chapel (they were married, after alb| with the killer’s coffin on the other side. The Pope could have prayed first for the victims, then for the killer, teaching that criminals are worthy of compassion after we have shown compassion for their victims. Besides being an appropriate service, it would have taught a useful lesson to the millions who saw the photo.

Our primary duty is to do the work at hand the best we can. But of almost equal importance is the lesson our actions will teach others. Many of those involved in O.J. Simpson’s criminal trial bent over backwards to protect his rights. But in so doing, they may have taught many viewers that the rich can escape justice — a dangerous lesson. There are other examples.

Dispatch from the Lunatic Fringe... Hollow Theology... Sexual Sanity on the Dark Continent

More Sensitive Than Thou

Use of the word Pharisee is "an old Christian parody"?

Reviews of Solzhenitsyn and the Modern World... An Introduction to Moral Theol­ogy... George Grant: A Biography... ...