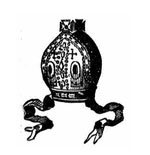 By Margherita Marchione | January 2008
Sr. Margherita Marchione, Ph.D., a Fulbright Scholar and Professor Emerita of Italian Studies at Fairleigh Dickinson University, is a member of the Religious Teachers Filippini. She is the author of several books on Pope Pius XII, most recently, Did Pope Pius XII Help the Jews? (Paulist Press, 2007). Her autobiography, The Fighting Nun, was published by Cornwell Books in 2000.

On his birthday, March 2, 1939, Eugenio Pacelli became the 262nd successor of St. Peter and took the name of Pius XII. In his first address to the cardinals, he spoke about peace. Years later, aware that Hitler was a pathologically obsessed anti-Semite who flew into a rage whenever the word “Jew” was mentioned, the Pope admitted: “Frequently it is with pain and difficulty that a decision is made as to what the situation demands: prudent reserve and silence or, on the contrary, candid speech and vigorous action.”

On January 25, 2007, Vatican Secretary of State Tarcisio Cardinal Bertone strongly defended Pope Pius XII against critics who charge that the Pontiff failed to protect Jews during the Holocaust: “Research done by independent historians confirms that Pope Pius XII took extraordinary steps to save Jewish lives…. The proofs are in the Vatican archives.” Recently, when I sent documentation about the controversy surrounding Pius XII’s actions to Camillo Cardinal Ruini, he responded: “Notwithstanding all the opposition, the Cause for Beatification of Pius XII will proceed.”

Pius XII spoke out on many issues of moral concern and of public policy. He was not “silent,” and his courageous acts during World War II are incontestable. He was a highly respected 20th-century Church leader. For nearly two decades, Pope Pius XII addressed words of wisdom to the faithful. Among his papal statements are the following:

The Aged: “People are inclined to reprove the elderly for what they no longer do, instead of reminding them of what they have done and recognize the wisdom of their judgments.”

The Pope realized that the Church would not have been able to save as many Jews as she did had he not been concerned with saving Rome.

A review of Church of Spies: The Pope's Secret War Against Hitler

Starting at Christmas 1939, Pius XII issued a Christmas Eve broadcast in which he attacked the ideologies of those who had brought the war to mankind.