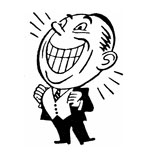 IN PRAISE OF CATHOLIC LEGALISM

By David Mills | December 2010
David Mills, the deputy editor of First Things, is the author of Discovering Mary (Servant) and writes the "Catholic Sense" column for the Pittsburgh Catholic.

“What about Catholic legalism?” asked my Protestant friend. She didn’t mind having rules, she said, but she did mind having so many of them, especially when some were, she insisted, downright silly. “Something there is that doesn’t love a wall,” Robert Frost noted, and I know that feeling much too well. I know that little ball of resentment and anger that can grow in the middle of the chest when someone says, “You can’t do that,” even if the thing I can’t do is something I hadn’t wanted to do until then. I know the annoyance with which I hear “You must do this,” even when I was already planning to do it.

And I know the feeling of disbelief at some of the technicalities and fine points of the Catholic Church’s rules, which look at first glance like something you’d read in a parody of lawyers. One part of the Code of Canon Law — the official rule book — goes on and on defining “domicile” and “quasi-domicile,” and where a child is domiciled depending on his parents’ marital status, and how to define a temporary resident, and what to do when someone has two homes, and so on.

It is really only a way of being clear where everyone in the Church belongs, to ensure them the pastoral care and the privileges of membership to which they have a right. But it looks silly, especially to the outsider.

To be a father is to love the children enough to give them boosts, examples, and assistance but also to stumble with them, before them, on their account.

The Things Lily Knew... Ten Years in Prison... The Church Under Attack: Five Hundred Years that Split the Church and Scattered the Flock... Drawn from Shadows into Truth: A Memoir

What If #AhmedIsaFake?... Pope Francis Doesn't Need Your Applause