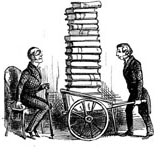 ODE TO AN ACADEMIC OUTSIDER

By Will Hoyt | November 2019
Will Hoyt operates an inn for oil and gas workers in eastern Ohio. His articles have appeared in University Bookman and Front Porch Republic.

Greatness in letters is best measured by odd yardsticks, and one of the best is whether to refer a young scholar to an author so the young scholar can quickly and handily learn the essence, transformational power, and magical appeal of whatever discipline happens to interest him. In the field of history, there is only one 20th-century American candidate for such an award who has consistently demonstrated proficiency at reading the past while also reflecting, in a readable way, about what it might mean to read the past. That candidate is John Lukacs, who died on May 6 in Phoenixville, Pennsylvania, at age 95. Someone wants a referral to learn about history? Give him a copy of Lukacs’s admirably concise, stunningly hard-won, and completely humane pamphlet, “A Student’s Guide to the Study of History,” published (at the dawn of the third millennium!) by ISI Press.

I first got to know Lukacs’s writing when, thanks to editorial savvy on the part of then NOR editor Dale Vree, his work began to appear in these pages like crucial pieces of a trans-Left/Right jigsaw puzzle that also featured pieces by Daniel Bell, Christopher Lasch, and Robert N. Bellah. I was not able, at the time, to see Lukacs’s greatness, but I was struck, even then, by the way in which his personal story enhanced an already captivating mix of contrarian conservatism, philosophical attunement, and decidedly populist leanings in the choices he made regarding what to publish and where.

John, who was of Catholic and Jewish descent, emigrated to the U.S. from Hungary at age 22 in 1946 to escape the quickly coalescing Soviet occupation and begin a career as a historian. Naturally, almost everything he wrote was tuned (approvingly) to the Allied defeat of Nazi Germany and the necessity of the George F. Kennan-inspired Cold War that followed. Yet Lukacs also wrote with modernity in mind, and the ways in which democracy can self-destruct; hence, his writings wound up being as palatable to fledgling paleoconservatives as they were distasteful to neoconservatives. Would John have voted for Trump? I think not. Nevertheless, it should be noted that Lukacs’s regular appearances in Foreign Affairs and American Scholar were punctuated by equally regular appearances in Town and Country, TWA Ambassador, and Schuylkill Township News.

In the late 1980s, John and I began a correspondence, and when John visited Berkeley in the early 1990s, he graciously asked Dale to invite me to a dinner that Dale and his wife, Elena, were hosting in his honor. I think John, who had happily taught history for his entire career at the very same small Catholic college that had hired him within a year of his arrival in the U.S., deemed himself every bit as much an outsider to the American academic establishment as this tradesman was. I say “graciously” because though it is true that my amateurism was probably as principled as Lukacs’s, my kind was much less learned than his and composed largely of deficiencies. Be that as it may, I was glad for the opportunity to meet the man, and, seeing as how I had just read his wonderful New Yorker account of crossing the famous St. Gotthard Pass on foot, as monks once did when traveling between Paris and Rome, we talked profitably and comfortably about the nature of mountain passes.

A year later, John asked me to review Confessions of an Original Sinner, the first installment of what would turn out (in 2009) to be a two-part “autohistory,” and that too was a pleasure, for he wrote about himself with panache and, particularly when it came to describing misadventures in the world of publishing, a winning sense of humor. After that happy occasion, our correspondence ceased for a spell — the main reason being my doltish decision to decline an invitation to review Historical Consciousness: The Remembered Past, his magnum opus. That book, originally published in 1967, was reissued in 1994 to considerable fanfare, owing to the inclusion of a new foreword by Russell Kirk. But seeing as how the book featured chapters with titles like “History and Physics, or The End of the Modern Age” and “Factio, or the Purposes of Historical Statements,” I was wary of reviewing it. When Dale relayed John’s expected but somewhat dreaded request that I review it for the NOR, I told Dale to tell John that the book was incomprehensible and I couldn’t even make sense of what he was trying to talk about. A bit rash, but there it was.

Luckily, John didn’t think my act constituted the burning of a bridge, and after I moved to eastern Ohio and built a house with a study relatively close to the Pennsylvania township just west of Valley Forge where John had also built a house with a study, we were able to resume our conversation on, let us say, freshened ground. Moreover, we were even able (six years ago) to talk once again about Historical Consciousness, for at some point while riding Amtrak’s Empire Builder, I had found my own way to the traditionalist conservatism undergirding John’s vision. That development, in turn, permitted me to discern the significance of Historical Consciousness, which was that the book is the testament of a person struggling to articulate (all by himself and on the basis of chance insights gleaned merely from Ortega y Gasset’s existentialism and Heisenberg’s uncertainty principle) the crucially important philosophical position we now think of as non-relativistic postmodernism. That’s a wondrous achievement, remarkable to behold. But, by the same token, it would be a mistake to confuse a book’s actual quality with its historical significance.

Though John would say, and has said, that Historical Consciousness represents his best work, I believe him to be wrong in that estimation. His better, more lasting achievements are (1) popular, unabashedly Eurocentric hits like The Duel (1990) and Five Days in London: May 1940 (1999), each of which describes the face-off between Churchill and Hitler as the battle for Western civilization it clearly was; (2) a definition of history as “remembered past”; (3) a concise, beautifully nuanced critique of Pius XII’s anti-communist biases and the way they compromised his ability to see the dangers of German nationalism and break, definitively, with the Nazi regime; (4) travel writing (see “Letter from Normandy” in The American Scholar, Summer 1995; “Zermatt: Little Town Under a Big Mountain” in The New York Times, Nov. 13, 1993; and “The Gotthard Walk” in The New Yorker, Dec. 23, 1985); (5) published correspondence with George F. Kennan about Russian identity; and (6) book-length portraits of Budapest and Philadelphia. I particularly enjoyed Philadelphia: Patricians and Philistines 1900-1950 (1981). John had some blind spots that made it difficult for him reliably to assess American character, particularly insofar as it is rooted in the kind of Pentecostalism that showed up in the trans-Allegheny West, but the book reads well, and his detailing of the links between Philadelphian aristocracy and the Charleston-based antebellum South is highly suggestive.

Lukacs’s output was enormous, and the will to churn out 30-or-so books derived, I think, from a desire to emulate and salute the great 19th-century cultural historian Jacob Burckhardt. When John wrote the section on Burckhardt in Jacques Barzun’s 20th-century compilation of Continental thought, European Writers (1985), Lukacs the historian couldn’t resist the temptation simply to annotate long passages from Burckhardt’s own texts. One such passage is about the virtues of amateurism and the importance of being a generalist. Another is about the participatory aspect to a genuine historian’s calling. And when it came to giving readers a taste of Burckhardt’s History of Greek Culture, Lukacs (understandably) used whole cloth and let Burckhardt do literally all the talking. (“When we try to immerse ourselves wholly in the reading of a classic,” says Burckhardt, “only we alone can find what is important for us. No reference work in the world with its quotes can replace that chemical bonding that mysteriously occurs when a phrase found by ourselves illuminates something in our mind, crystallizing itself into a real piece of spiritual property that is ours.”) It is almost as if John had discerned, in Burckhardt, the story of his own life.

John was, as many people know, sponsored, in the world of publishing, by Dwight MacDonald, editor of Partisan Review, whose range as an essayist most closely aligned with Lukacs’s. And Lukacs the historian was clearly indebted to Owen Barfield, whose concept of re-cognition deeply influenced John when he was formulating his definition of history as “re-membered past.” But there was only one real mentor in John’s life, and that was Burckhardt. John thought of Burckhardt as a “prophet of the past,” and John defended this characterization by explaining that “the light he [Burckhardt] poured on the past illuminated the then present and its sequel.”

Both as a writer and as a person, John Lukacs was, in the last analysis, displaced — a tennis-playing Hungarian Catholic who was at peace among golf-playing Protestant suburbanites, a card-carrying member of the bourgeoisie who regularly demonstrated fluency in aristocratic manners, a connoisseur of erudition who was (nevertheless) genuinely erudite, a traditionalist who tacked Left after reading Tocqueville, and then Right again after watching the New Left mistake liberty for no constraints at all. Hence, it is natural to assume that it might be difficult, if not impossible, to find a key that can unlock the puzzling aspects to Lukacs’s life and permit us to glimpse his legacy more positively.

In fact, though, such a key is ready-to-hand — as anyone fortunate enough to have visited John in his tennis-court-sized “great room” study can attest. It is Lukacs’s zest for books — that, and the unwavering, rock-solid confidence in the Western idea of truth for which books stand and without which civility cannot exist. Or used to exist! Lukacs was convinced that the Modern Age, so called, could actually be defined as the Age of the Book, and given that its bookends (no pun intended) could reasonably be defined as the arrival of Gutenberg’s printing press, on the one hand, and the arrival of digitized media on the other, he might be right. In any case, that world is gone. Writers no longer fit out and provision their ships with freshly inked typewriter ribbons, cigars, and cases of Bass Ale, as Lukacs did, upon embarking on a writing project. And if a book fails nowadays, there is nothing to really sink because the weight of words written to last just isn’t there.

Ought we then to be sad and wax elegiac because John’s belief in truth now seems quaint? Not at all. If there is anything John has taught us, it is that the End of the Modern Age (if there is such a thing) is simply the end of one way of understanding truth. There will be other ways, he would say, and those ways will enable the construction of entirely new compasses by which to steer.

My father wrote an angry letter to the Dean of Harvard and told me that if I insisted on being received into the Church he would insist on withdrawing me from Harvard.