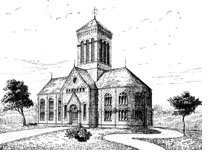 Reflections of a Seven-Year-Old Catholic

FROM NEW DELHI TO ROME

By Bobby Jindal | February 1998
Bobby Jindal, formerly a Rhodes Scholar at Oxford, is Secretary of the Department of Health and Hospitals for the State of Louisiana.

Mystical, meaningful sevens throng the Bible, from the seven days of Creation through the seven fat years and seven lean years foretold by Daniel to the seven angels of the Resurrection and Judgment. In Catholicism, seven is the number of sacraments, of cardinal virtues, of gifts of the Holy Spirit, and of deadly sins. In traditional catechetics, seven is the age of reason, the beginning of the capacity for knowledge; in folk wisdom, seven is the pivotal anniversary in marriage, the passing of the first hurdle toward mature intimacy. For me now it is seven years since I was baptized and confirmed as a Catholic. So I celebrate my seventh birthday in the Faith, my seventh spiritual anniversary, by reflecting gratefully on how it all came about.

My parents, who came from India, imparted to me a nominal Hinduism backed by a solid belief in God and His desire for man to engage in regular prayer, but I did not make progress toward a systematic religious faith until the awkward years of junior high school. In between gossiping about girls and complaining about algebra, my best friend Kent and I argued about the meaning of life. Kent’s born-again Protestant view of the world contrasted with my worldly view of religion. His view of a world motivated by love and self-sacrifice was certainly more hopeful, though to me less relevant, than my own notion of selfish actors attempting to satisfy their own desires and showing little concern for others. Kent gave me few convincing answers, but he did raise questions that were to lead me to some very surprising places. He planted the seeds.

I was challenged more by the novelty of Kent’s approach than by its substance, and I spent some effort trying to learn more about how my Hindu faith responded to his questions. It took my grandfather’s death, at the end of my sophomore year of high school, to concentrate my efforts. Pitaji was my idol, a successful banker who had it all, and I almost could not believe that his wealth could not save him from his mortality. Kent’s questions took on more than academic importance as I pondered, for the first time, the afterlife. My grandfather was, by all accounts, a good man, but I had no assurance that he, or I, deserved entrance into heaven, if such a place existed; not even my hero’s life accomplishments seemed an adequate offering. I imagined Pitaji bargaining with God, trying to offer a part of his fortune for eternal life.

What began as a search partly motivated by fear of judgment and selfish desire for assurance soon led me to appreciate at least some part of Kent’s worldview. I made the startling discovery that love, not money, makes the world go round. I finally began to understand that my grandfather meant so much to me because of his love and generosity, not the expensive gifts that he used to express those feelings, and that these same traits were his life’s true accomplishments. I discovered this capacity for self-sacrifice, other-consciousness, and love at exactly the right time, for Kathy, the most wonderful girl in high school, was about to notice me.

Twelve writers offer recollections of Dale Vree in tribute to his mind, his character, and the impact he had on the American Catholic intellectual scene.