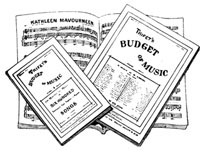 LEARNING FROM ST. GREGORY THE GREAT

Public perversity, political corruption, the breakdown of the family, massive ignorance and illiteracy, abortion on demand and even infanticide, divorce and remarriage on a grand scale, lack of civic virtue, a booming pornography industry, the total collapse of a culture and a civilization: What a depressing scenario to paint for America at the close of the 20th century! Except it’s not America I am intending to describe; it is Rome in A.D. 590, when a humble monk was elected her Bishop. Gregory loved Rome with every fiber of his being, and it caused him immense anguish to envision the demise of the Eternal City. By nature shy, Pope Gregory didn’t know how to proceed, but the Holy Spirit gave him ample inspiration, for he embarked on a plan of action to take his beloved Rome back from the brink. So successful was he that he received a nickname that graces his tombstone: “God’s consul.”

Pope Gregory’s program was really quite simple: To return to the people of Rome a sense of sin and a sense of the sacred. He was indefatigable in pursuing both goals. His writing and preaching on the moral life were insightful and engaging; he also enlisted the assistance of his fellow Benedictines to raise the moral level of what had become a sewer of debauchery, not only by words but also by the witness of their lives. At the same time, he endeavored to return to his clergy and laity alike the lost sense of the sacred. He understood in his time what his successor of 14 centuries later, John Paul II, has stressed in our time: “A very close and organic bond exists between the renewal of the Liturgy and the renewal of the whole life of the Church. The Church not only acts but also expresses herself in the Liturgy and draws from the Liturgy the strength for her life.”

This sensibility Gregory cultivated in a variety of ways — all dealing with the sacred Liturgy — from the composition of numerous Mass formularies which eventually found their way into the Sacramentary that bears his name, to the founding of a school of sacred music, to the standardization of the Roman Canon, which still reflects his noble touch. He realized that while he re-taught basic ethical principles that would restore to the Romans an appreciation of the good and the true, he also had to give them an experience of the beautiful within the context of Christian worship. Gregory wanted to raise up again that marvelous Roman civilization which laxity and decadence had destroyed, the culture which had produced a statesman like Cicero, a poet like Virgil, a general like Caesar. Culture, however, has always needed cult, in the sense of ritual. And so, he made the reform and renewal of the Liturgy a top priority. Gregory’s plan worked: From the dungheap of a desiccated, lifeless city, Gregory’s Church built a civilization that even the most cynical must acknowledge as a culture to be admired and envied. The Middle Ages, the Age of Faith, was born; Rome, phoenix-like, rose from the ashes and proved herself to be eternal indeed.

The picture I painted of sixth-century Rome at the outset could indeed apply to contemporary Rome — or New York or Paris or a host of other places — where the spirit of the so-called Enlightenment has pulled down God from altars and there enthroned man. And the trade-off has been every bit as disastrous for us as it was for old Rome. The program of Pope St. Gregory the Great was successful for him; I do not think it wishful thinking to suggest it might have something to offer for us as well.

The Language of the Body & the Mass

We may stand for someone we decidedly do not revere. Kneeling, however, is a clear signal of reverence and even worship.