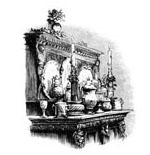 By Casey Chalk | November 2017
Casey Chalk is a graduate student in theology at Christendom College and an editor of the ecumenical website Called to Communion (www.calledtocommunion.com).

“We cannot stay here any longer! We want to go back to Pakistan!”

Michael shouted his decision through the wire fence above the din of two-score other voices at Bangkok’s International Detention Center (IDC), a Thai government facility populated mostly by foreign asylum-seekers who have overstayed their visas. I was surprised by this sudden determination from a man who, five years earlier, had led his family of four — since grown to five members — from a poor Christian ghetto in Karachi, Pakistan, to an unknown country, fleeing persecution at the hands of Muslim extremists who had overrun his neighborhood and threatened his family.

NOR readers will be familiar with Michael’s story, chronicled in “A Witness in Bangkok” (Dec. 2016) and a follow-up letter to the editor (Jan.-Feb. 2017). Since then, Michael, his wife, and three children survived eight months inside the IDC, enduring pitiable living conditions, sleeping on concrete floors in cells packed with other inmates. All manner of illnesses circulate through the detention center, and medical care is sporadic and insufficient. Michael’s family relied on the donations of weekly visitors from their Redemptorist parish in the city, who sought to supplement the meager rations provided by the IDC, as well as offer clothing, diapers, and books to pass the time. A constant stream of Thai currency was also required to pay for the many necessities of life the prison authorities kept at arm’s length: clean drinking water, weekend meals, and personal grooming services. Despite all this, Michael and his wife remained resolute: They would not go back to Pakistan.

Only a severely dangerous threat could persuade people — especially a middle-class Pakistani family like Michael’s — that life in an overcrowded foreign jail was preferable to the familiarity of one’s native land. Muslim extremists in Karachi had pushed Michael out of a well-paying administrative position at an Anglican-founded preparatory school; mugged and threatened him at gunpoint; and assaulted him and threatened to kill him, kidnap his wife and daughter, and marry them off to Muslim men. A public notice with his photograph and an allegation that he had committed blasphemy against the Qur’an and Muhammad — crimes that can result in death — drove Michael to flee with his family to Thailand.

Michael and his family spent four years in Thailand waiting for the United Nations High Commissioner for Refugees (UNHCR) to render a decision regarding his petition for refugee status. In the end, the UNHCR rejected Michael’s request and subsequent appeal. The family no longer had any legal standing in Thailand; their UNHCR cards were valid only while their cases remained pending. Believing he had no other choice, Michael turned himself and his family in to Thai authorities, who promptly interned them in the IDC.

"Islam Has a Problem"

Bobby Jindal, the two-term governor of Louisiana, said in a highly publicized speech in London that "Islam has a problem." He continued, "religion that allows and endorses killing those who oppose it is not a religion at all," but "a terrorist movement."