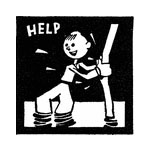 When Cardinal Ratzinger became Pope Benedict XVI, we let out a cry of “Three Cheers for the Panzer­cardinal ” (Editorial, June 2005). We had been praying that John Paul II’s successor would be “more traditional, a much better administrator, more insistent on orthodoxy in the Church…, but no less saintly than John Paul.” We felt that our prayers were answered with the election of Cardinal Ratzinger as Pope.

But in our June 2005 Editorial we warned that “Cardinal Ratzinger at age 78 knows he cannot dilly-dally. There’s a lot of disciplinary work to be done…. We expect him to clean house.” Instead, we got over two more years of the status quo. We could discern no new direction under Benedict, and sense no urgency on his part to confront the various crises facing the Church. Rather, Benedict continued John Paul’s practice of puzzling promotions, and variously issued and signed off on fuzzy and speculative documents. Benedict did not implement the restructuring of the Roman Curia that was widely anticipated. We wondered if perhaps power and popularity had clouded his vision. Perhaps he was overwhelmed by the challenges. Perhaps he got bogged down by the Vatican bureaucracy he was expected to trim.

And then — boom! — Benedict makes a remarkable move, one that will likely go down as the defining moment of his papacy. On July 7, with the publication of his motu proprio (a document written of his own initiative and addressed to the entire Church), titled Sum­morum Pontificum, Benedict liberated the Tridentine Latin Mass from the general suppression it has suffered since the imposition of the New Mass by Pope Paul VI in 1970. Hallelujah! This was the type of bold stroke we expected from Benedict XVI, and he finally delivered. History may prove Patrick Buchanan correct that “Benedict XVI will take no action greater in significance for the Catholic Church than his motu proprio…” (World Net Daily, July 7). The Tridentine Mass is celebrated using the Missale Romanum codified by Pope St. Pius V in 1570 and most recently revised by Pope John XXIII in 1962. The Mass itself, which dates back some 1,500 years, is aptly called the “Mass of the Ages.”

Predictably, the reaction to Benedict’s Summorum Pontificum among the episcopal powers-that-be, in the U.S. and the world over, has been lukewarm, for the most part. Carlo Cardinal Martini, the former Archbishop of Milan and a notorious liberal, told ABC News (July 10) that if asked to celebrate the Tridentine Latin Mass, “I will not do it.” Msgr. Luca Brandolini, an Italian bishop and a member of the Liturgical Committee of the Italian Episcopal Conference, wept upon reading Benedict’s motu proprio: “I am living the saddest day of my life as a priest, as a bishop, and as a man…. I feel as if wounded in my heart…” (Inside the Vatican News Flash, July 11). Even the papal Latinist, Fr. Reginald Foster, who has held that position for 38 years, pooh-poohs the Tridentine Mass: “It is a useless mass,” he told the Sunday Telegraph (Jan. 27; some six months before Benedict issued his motu proprio), “and the whole mentality is stupid.” Fr. Foster incorrectly predicted that Benedict would not dare to liberate the Tridentine Mass. Additionally, five French bishops and 30 priests issued an open letter late last year protesting Benedict’s impending motu proprio.

Will the Church Ever Be Loved & Trusted Again?

In the early part of the 20th century, the average Catholic was secure in his knowledge that he had arrived at the Truth and was striving to live it.