Volume > Issue > On Returning to Catholicism Via Campus Crusade for Christ 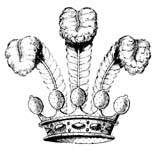 On Returning to Catholicism Via Campus Crusade for Christ

A WORD TO CERTAIN CATHOLIC PARENTS

By Biff Rocha | March 1998
Biff Rocha is on the staff of Campus Crusade for Christ and is a member of St. Mary's Catholic Church in Oxford, Ohio.

There is a spiritual hunger raging inside young people today: They hunger for values that are not relative, knowledge that has foundation, and meaning that is not arbitrary. I have heard many parents report regretfully that their sons and daughters are lost to the Church. But I can tell you parents: They need solid food. Once they awaken to their need, they may return to their Father’s house, where even “the servants have bread enough and to spare” (Lk. 15:17). I have seen it because I have been there. I, too, am a prodigal son of the Church.

I grew up in a Catholic family. We went to church. I went through the C.C.D. program: Baptism, First Communion, and Confirmation. I don’t recall asking a lot of questions: I sort of accepted whatever the priest or sister told me. From time to time I would ask my parents a question: I know now that their responses were incomplete, sometimes incorrect. After my First Communion, my parents stopped attending church. After my Confirmation, so did I. Going through public high school, I did not have much use for religion. I prayed every night, and once in a while felt guilt for teenage transgressions, but mainly I slept late on Sunday mornings, and religion faded into the background of life.

College! New places, new faces, new ideas. I enrolled at a reputable public university, and in the first week had two surprises. In line at my dining hall, I was approached by someone asking me to fill out a survey on religion. Since I was waiting in line anyway, I humored the guy and filled it out. Religious survey? Someone cares about that here? No one at home had seemed to. Then, when I walked into my class on Western Civilization, the reading list included “the Bible” and time was scheduled on the syllabus for discussion of the Gospels. What? Jesus in the classroom? What about the separation of church and state? I thought we were going to be learning historical facts, not reviewing cultural mythology.

Maybe my surpassing ignorance is unique to me. Maybe not. I tell my story because it is like the stories I have heard from many young people. I will say this: Whereas at home Jesus had been presented as about as consequential as the Easter Bunny or the Tooth Fairy, here in Western Civ class I was introduced to the Jesus whose life had changed the world. This novelty — Jesus Christ the historical person — left me dumbfounded.

A Rebel in Search of a Cause

Homosexuals are no longer marginal; now they're mainstream, legit.

Letter to the Editor: January-February 2011

Invasion of the Baby Snatchers... The Greatest of Evils... Satire Sprinkled with Ageism... Recycle Those Rosaries... The Breaking of Bread... and more

Disbelief in Absolutes Not Absolute... Peter Kreeft & Prolife Consistency... Unfair to Raymond Brown... Books for Poland... Reassurance... Hanging in There... Only a Half Inch... Regarding Paul’s Horse... and more