Volume > Issue > On Fatima & the Private Interpretation of Private Revelations 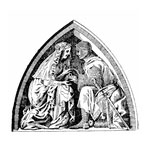 On Fatima & the Private Interpretation of Private Revelations

ARE THE LAST FOUR POPES A BUNCH OF LIARS ?

By Howard P. Kainz | November 2011
Howard P. Kainz is Professor Emeritus of Philosophy at Marquette University and a former executive council-member of the American Catholic Philosophical Association. A widely published author, his most recent book is The Existence of God and the Faith-Instinct (Susque­hanna University Press, 2010).

Catholics often criticize Protestants for their subjective “private interpretations” of the Scriptures that give short shrift to tradition. Some Catholics, however, are guilty of the very same thing when it comes to private revelations — messages reportedly given by Jesus or Mary to some individual or group of individuals. The 1917 revelations given by the Blessed Virgin Mary to three shepherd children in Fatima, Portugal, during World War I, at the outset of the Bolshevik Revolution in Russia, constituted possibly the most portentous wake-up call the Church has ever received. But the interpretation of the three “secrets” our Lady entrusted to the children have been subjected to the vagaries of private interpretation by Catholics who give short shrift to the Magisterium of the Church.

The most egregious example of this phenomenon comes from a Canadian priest, Fr. Nicholas Gruner, the so-called Fatima priest, and the Fatima Center he founded. Fr. Gruner was ordained by the bishop of Avellino, Italy, in 1976, and transferred to Canada, but was suspended after refusing to return to his home diocese. The Vatican’s Congregation for the Clergy confirmed his suspension a divinis (the loss of faculties for celebrating Mass, hearing confessions, etc.) in 2001. The archbishop of Hyderabad, India, however, disagreed with the suspension and incardinated Gruner there — giving rise to confusion about Gruner’s ecclesiastical status, and claims by his supporters that his suspension was invalid.

In December 1983, after consulting with Sr. Lucia, the only living Fatima visionary, Pope John Paul II sent out letters inviting all the world’s Catholic bishops, and some Orthodox bishops, to join him in a joint act of con­­secration, scheduled for the feast of the Annunciation, March 25, 1984. In the consecration, the Pope, accompanied not only in spirit by the bishops to whom he sent the letters, but also physically in St. Peter’s Basilica by numerous bishops and cardinals, consecrated the whole world to Mary’s Immaculate Heart. Reportedly fearing retaliation from the Soviet Union, which at the time was threatening to crush the Solidarity movement in Poland, the Pope added a diplomatic but pointed consecration of Russia herself: “In a special way we entrust and consecrate to you those individuals and nations that particularly need to be thus entrusted and consecrated” (italics added).