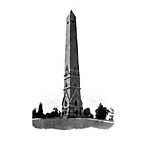 “At this site,” proclaims the blue New York State historical marker, “Thomas Edison arrived at Schenectady on August 20, 1886, to found the machine works that in 1892 became the General Electric Co.” At the far end of the train platform where the track once crossed the old Erie Canal, a railroad bridge now crosses its successor Erie Boulevard at Union Street. Sche­nectady’s Union College, the first college in New York State chartered by the Board of Regents, was once situated at that same intersection. Now a ten-minute walk up Union Street, it was here at Union College in 1838 that a Phi Beta Kappa student, born and raised a Presbyterian in Saratoga Springs, N.Y., attended a Protestant revival and gave his heart to Christ.

He had intended to pursue a law career in his famous father’s footsteps; his dad was Saratoga Judge Reuben Hyde Walworth, friend of U.S. presidents, the codifier and reformer of New York State’s legal system, and the last Chancellor of the State of New York. However, the revival experience changed the direction of this young man’s life, and he later entered the New York City Episcopal seminary, General Theological. There, under the influence of fellow-seminarian Arthur Carey and the Oxford Movement, he and several other seminarians — including the future founding Bishop of the Catholic Diocese of Ogdensburg, N.Y. — converted to Catholicism. In 1848, ten years after giving his heart to Christ at Union College, he was ordained a Redemptorist priest in Holland: America’s Chrysostomos, Fr. Clarence Augustus Walworth.

Fr. Walworth returned to his native soil in 1851 and within days was preaching the first American Re­demptorist mission at St. Joseph’s Church in Manhattan. His spellbinding preaching, combined with the intense interest of The New York Times, catapulted this single mission into the “Catholic revival heard around America.” Between 1851 and 1900, when Fr. Walworth died, the Redemptorists preached over 4,000 such parish missions across the country — a major factor in the early vitality of American Catholicism.

Fr. Walworth authored several books and was one of the first promoters of the cause of Blessed Kateri Tekakwitha, the “Lily of the Mohawks.” As a result of his sermon on the priesthood at a parish mission in New Orleans in 1854, young James Gibbons decided he wanted to be a priest — the same James Cardinal Gibbons of Baltimore who was the first American cardinal to attend a papal conclave, and who was instrumental in persuading Giuseppe Cardinal Sarto to reverse his refusal to accept the papacy in 1903. Cardinal Sarto took the name Pius X, and became only the second sainted pope since the Council of Trent, since the great Pope St. Pius V.

A Journey to the Threshold of Eternal Life

In June 2012, I welcomed my frail, elderly mother to live with me in the…