Volume > Issue > Neither the Wilderness Nor the Shopping Mall 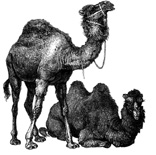 Neither the Wilderness Nor the Shopping Mall

WHAT IS TRULY BEAUTIFUL?

By John Lukacs | April 1995
John Lukacs is a retired Professor of History at Chestnut Hill College in Philadelphia and a Contributing Editor of the NOR. His latest book is Destinations Past.

The reviewer of a recent book of mine (NOR, Nov. 1994) compared me and my historianship to Chesterton and Belloc and Dawson. I was deeply touched by the benevolence, but I do not deserve it. Still, the NOR is the only publication where I feel largely at home. And it is therefore in my capacity as a historian, now past the age of 70, that I feel compelled to write something about some grave problems facing the American Catholic Church.

Note that I write “American,” rather than “Roman.” Perhaps I should write, not “Catholic Church” but “Catholics.” There is a conundrum here, with which most historians have not come, or perhaps have not even tried to come, to terms. We live in the democratic age, when the history of the Church must include not only the histories of its hierarchies and institutions but also the history of its peoples: their behavior and practices and the evidences of their beliefs and, yes, spirituality. And how difficult it is to recognize — let alone ascertain — such evidences! That involves a deeper conundrum, which is not only the difference between what people say and what they actually think (that belonged to the age of hypocrisy, which is now largely past), but the difference between what they think they believe and what they really believe.

There are now at least three widespread problems in the world, perhaps particularly acute among American Catholics. The first is what I call Constantinism. In A.D. 313 Emperor Constantine put an end to the persecution of Christians. He is said to have become a Christian. He was the first great ruler who favored Christians. Relief and gratitude were amply due to him (although to the eternal glory of the — Western — Church, which recognized the grave shortcomings of his person, he was not declared a saint). But ever since Constantine there were myriad instances when — both for hierarchies and peoples — reverence for and obedience to a ruler, whether Emperor, King, or Leader, was complementary, if not identical, to reverence for and obedience to the Faith. That was sanctified and institutionalized among Eastern Christians, in the form of Caesaropapism. But the West, too, was not often immune to that temptation. And though kings are gone, the modern democratic form of Constantinism is very powerful among American Catholics, many of whom pledge allegiance to the flag and to American culture as fervently (if not more so) than to the Faith of our fathers. There are innumerable examples of this in Catholic publications, and not only the “liberal” ones. Among “conservative” Catholic journalists, admiration for the present Republican Party (and, in the 1980s, for President Reagan, who was, after all, a divorced movie actor) is often presented as not only complementary but practically synonymous with being a good Catholic.

Here comes the second problem. This modern democratic variant of Constantinism in America is inseparable from populism. Kings are gone, but there is the cult of “the people” — even among “conservatives” nowadays, which is an absurdity, since it is the very essence of conservatism not to be populist. This is not the place for a discussion in political theory, save to say that the uncritical acceptance of popular sovereignty may be as disastrous as the unconditional institutionalization of monarchical or aristocratic sovereignty. There is yet another important addendum, which is that “popular sovereignty” is often an abstraction, since it is usually one step removed from reality, for seldom do “the people” speak; instead, men or women speak in the name of “the people.” In any event, the desire to be “popular” has all kinds of dubious and lamentable consequences — especially when it comes to spirituality and matters of faith. The American Catholic Church is often accused by its opponents — and sometimes by some of its laity — of being old-fashioned and autocratic and rigid. That is entirely wrong. The shoe is on the other foot. It is the populism of some of its representatives, appealing to some very low common denominators of what seems to be “popular,” and at the expense of both intellectuality and spirituality, that is the problem.

It is a problem the Holy Father has already spoken about, but with faint echoes among American Catholics. It is the problem of how Christians ought to think about the relationship of human beings to Nature. It is a problem because for the first time since Adam and Eve (and believe me, a historian, there are few “first times” in the history of mankind) human beings are capable of altering Nature at great and grave damage to themselves.

I am not writing here about the present and growing capacity of human beings to alter physical human nature — ranging from ever more sophisticated practices of contraception to genetic engineering (Catholics should be united in their opposition to that). I am writing about our relationship to Nature (I am, for the moment, eschewing the word “environment,” to which I shall return). Our “conservative” (my quotation marks are unavoidable) Catholics are often supporters not only of Star Wars and the Supercollider and the “free market” (again quotation marks, since the market has long ceased to be “free”), but also of “developers” (I am running out of quotation marks) pouring asphalt and cement over what remains of the American land. In a recent issue of a “conservative” Catholic newsletter, I read: “It is obvious that the Utopians are far from defeated; they merely changed colors from Red to Green…a host of parasitic ideologues.” So the environmentalists are said to be the enemies of Christian America and the Church. Anti-government populism is an ingredient of this kind of thinking, since the protection and preservation of land and Nature cannot be achieved except by regulations and acts of government.

Now, there are plenty of problems with the environmentalists too, or at least some of them. There is weakness and inadequacy in the very word “environment.” It suggests something outside of us, and something separated from us: an envelope. But we are inseparable from Nature, from God’s own creation — just as our innermost souls are not separated from our bodies. (A priest once said to Meister Eckhart: “I wish I had your soul in my body.” Eckhart: “That would be useless. A soul can save itself only in its own appointed body.”) Mankind and Nature can be angelic and beastly. That is why neither must be exalted at the expense of the other. And here enters a peculiarly American error, which is the opposite of humanism: the exaltation of Nature, indeed, of Wilderness. It is in Thoreau, who wrote that “in wildness is the preservation of the world.” He was wrong, and so are those environmentalists who believe that man is the enemy of Nature, that what is good in the world is places untouched by man.

Willa Cather was closer to the truth when she wrote that the American West is “a country still waiting to be made into a landscape.” Ours is a world God has given to us, which means that the human presence is part and parcel of it. What is beautiful in it is not wildernesses, but landscapes — meaning a harmony between the land and the human presence on it. Wilderness is not a landscape — but neither is a shopping mall. At present the argument over what should or shouldn’t happen with the land is largely preempted by the quarrel between Developers (almost always Republicans and “conservatives”) and Environmentalists (often “liberals” and Democrats). The first are for building “out” the land; the second idealize Wilderness. Both of them are wrong, because of their disdain for humanity and history. The Developers are not only motivated by greed (in reality, for short-term profits, perhaps even worse then old-fashioned greed), but by their addiction to endless “progress” and their unremitting faith in technology. Their purpose is to promote the endless moving around of large anonymous masses of people, indifferent or hostile to settled family life, domesticity, and permanence of habitation. The Environmentalists may be for permanence, but they want to freeze the wilderness and much of the land into a kind of Nature Museum. The “conservatives” are instead in favor of Disneylands, or of popularizing history into theme parks. Neither the Developers nor the Environmentalists consider the ideal of harmony between man and Nature, which is there in a landscape. We can be in awe of the Himalayas or the biggest television tower on earth. But that kind of wonder is something other than the love of a landscape with which we are somehow — through ancestral memory or imaginative longing — connected.

I wrote earlier that man and Nature are both angelic and beastly. Now, Nature may be beastly, “red in tooth and claw,” but evil is done (and said and thought) only by human beings. Only human beings have souls, which is why only human beings possess the capacity for evil, since evil is never of the body alone, but of a soul polluted by sin. Nature has a mystery and even a kind of spiritual essence, but only human beings have conscious souls that are active through their free will.

Those beer cans thrown along our highways don’t need to be there.

Letter to the Editor: January-February 1989

The End of an Era

Just about everyone, from Right to Left, agrees that over the last eight months we’ve…