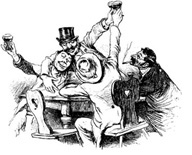 Lent: Time for Another Parish Party?

A WORD FROM YOUR DUTCH UNCLES

The publication of the English language edition of the Catechism of the Catholic Church in 1994 was justifiably met with much excitement. Not unlike the election in 1978 of the first non-Italian pope in some 450 years, a sense of history was made tangible by beholding — and holding — something that similarly had not been produced by Rome for centuries. But some 30 years ago there was another kind of excitement attendant the publication of another catechism, the New Catechism written by the Catholic bishops of the Netherlands. This so-called Dutch Catechism was seen by many as a dangerous innovation, dogmatically suspect and morally mushy. It was viewed as a major concession to modernism — a symbol of the gathering storm whose wild winds were about to blow through the Church’s opened Vatican II windows and of the havoc to be wreaked inside. The Dutch Catechism’s critics were in one sense more than prescient: The changes in attitudes and behaviors over the past three decades within and without the Church have been so radical that criticism of that catechism as being “liberal” might today seem silly. Indeed, today some might regard the Dutch Catechism as, at least in some respects, a reactionary tract. And a solid basis for that view can be found in the Catechism’s treatment of the increasingly erstwhile penitential season of Lent.

Two full pages are devoted to Lent in the Dutch Catechism, and they are noteworthy for what they reveal of the contrast between the traditional attitudes of a generation ago and at least one aspect of the public observance — or non-observance — of Lent today. Specifically, the Dutch bishops firmly stated that, “Lent is a time of sober realism, not a time of feasting.” They did not hesitate to say that during Lent there “should also be a certain soberness in our general style of life” and that it “is well to omit festivities in the ordinary affairs of life.” Indeed, they concluded their admonition by noting that observing Lent publicly as a time of penance “may perhaps cause us some embarrassment,” albeit “it is also possible for good to result when we are seen to abide sincerely by a certain style of life.”

Lent’s public observance by Catholics nowadays, in contrast, at least in one east coast archdiocese in the United States, is anything but a time of “sober realism.” On the contrary, not unlike any other time of year, Lent in some Catholic circles has become but one more “time of feasting.” In one local parish, for example, a women’s sodality unit dedicated to Our Lady commemorated the Saturday of the first week of Lent by holding a “social” — consisting of a cocktail party and dinner. At the time the Dutch bishops wrote their catechism, that same sodality “social” would probably have consisted of a talk by a visiting Franciscan, Jesuit, or Redemptorist, preceded by stations of the cross or recitation of the sorrowful mysteries of the rosary, and benediction of the Blessed Sacrament. No doubt today some would try to make the case that the party approach can somehow better help the sodalists to be more Marian and Christ-like than would the Lenten practices of former times — but the old Dutch bishops would disagree.

Similarly, one parish chose the middle of the Lenten season to sponsor its annual, gala fundraising event for its school. The party site was transformed from a school gymnasium to a mini-Versailles. The candelabra could have been designed by the late Liberace and, in fact, the music was recorded in part by Sinatra. The wine, grain, and oil were supplemented by caviar. Blazers and rep ties abounded along with sequined cocktail party dresses. Hugh Hefner and King Farouk no doubt would have preferred more flesh and more flash, but they nonetheless would have felt at home. Not so the Dutch bishops. Ironically, this Lenten festivity was promulgated to promote Catholic education. The old Dutch bishops would have said that one element of Catholic education should be to teach that Lent is a time for penance, not parties.

The Parable of the Wheat & the Weeds: A Magna Carta for Dissent & Heresy?

Can some sense be made of the Pope's inaction?

You just can't let religion and free speech get in the way of mammon.

The Exception Proves the Rule

LIberals say the cure for abortion is contraception, but more than half of all abortions occur when women have used contraceptives.