Volume > Issue > Israeli Exceptionalism: An Obstacle to Peace in the Middle East 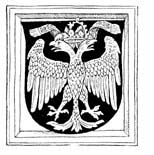 By Vincent A. Droddy | February 2003
Vincent A. Droddy is an instructor of history at the U.S. Naval Academy in Annapolis, Maryland, has been a software developer, and is currently studying theology through Franciscan University. The views he expresses herein are not necessarily those of the U.S. Navy.

Israeli Exceptionalism is the belief that the modern state of Israel, having a unique role in God’s plan, should not be held to the same standards of behavior as other nation-states. In 1967 the Israeli military attacked a U.S. ship, the U.S.S. Liberty, killing 34 of the ship’s crew and wounding 171. Had France or Britain done this, the attack would have been a major diplomatic incident rather than a forgotten part of history. Israel has displaced Palestinians by creating “settlements” in land occupied by Palestinians, and yet is largely exempt from criticism for the same activities that drew international condemnation of Serbia’s actions in Kosovo.

Some Christians claim that to oppose Israeli Exceptionalism is the same as calling for the destruction of Israel or of all Jews. This position prevents rational discussion of the situation in the Middle East. This article argues that Christians should view the modern state of Israel as simply another nation, subject to rules of moral behavior neither more nor less stringent than those applied to other nations. Along the way, we will discover that to identify the modern state of Israel with the “Israel of God” is to misunderstand the Bible.

A fundamental but often overlooked question is: Who is a Jew? Let us examine terms erroneously treated as synonyms. Semites are the descendants of Shem, the son of Noah. Hebrews are the descendants of Eber, Shem’s great-grandson. Six generations later we find Abraham, who had several sons: Ishmael, his first-born according to the flesh, by Hagar the Egyptian; Isaac by Sarah; and six more sons by Keturah (Gen. 25:1-6; 1 Chron. 1:28-32). Ishmael and the sons of Keturah are the fathers of Arab tribes. (Most errors on this matter come about through proof-texting, so please take the time to read the entire context for any unfamiliar passage of Scripture.)

Arabs are sons of Abraham — and thus Hebrews and Semites — according to fleshly descent. The passage in which God says to Abraham, “In Isaac shall thy seed be called,” also calls Ishmael the seed of Abraham (Gen. 21:12-13). That Isaac is the child of promise (the child through whom God’s promises to Abraham are propagated) rather than Ishmael, who was Abraham’s first-born according to the flesh, shows that descent according to the flesh does not assure inheritance of the promises God made to Abraham.

Israelites were chiefly descendants of the sons of Jacob, but when Israel came out of Egypt, they included among their number a crowd of mixed ancestry (Exod. 12:37-38). The Kingdom of Israel was divided upon Solomon’s death into the northern “Kingdom of Israel” and the southern “Kingdom of Judah.” Jews are descendants of the tribes of Judah, Benjamin, or Levi, which comprised the Kingdom of Judah. Paul said he was a Jew of the Tribe of Benjamin (Rom. 11:1; Phil. 3:4-6).

The Time of Our Lives

It is a mercy that we are not angels, that it is not our lot to give an eternal answer to God in the first moment of our existence.

On Growing Up Jewish & Becoming Catholic

I assumed that I could secretly be Christian but came to realize that my spiritual life was too important to keep entirely a secret. So I told my husband.