Volume > Issue > Is the "New Evangelization" No More Than a Marketing Slogan? 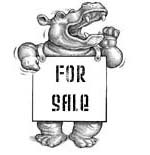 Is the “New Evangelization” No More Than a Marketing Slogan?

THE ORIGIN & OBFUSCATION OF AN IDEA

By Randall B. Smith | May 2016
Randall B. Smith is the Scanlan Professor of Theology at the University of St. Thomas in Houston and President of the International Catholic University, an online Catholic learning resource started by his mentor, the late Ralph McInerny. He is a regular contributor to The Catholic Thing and Catholic World Report websites and is finishing work on two books, one on justice in Homer and the other on the sermons of St. Thomas Aquinas.

It’s one of the ironies of contemporary Catholicism: Pope St. John Paul II coined a phrase, the new evangelization, and within a relatively short period of time, people either forgot what it meant, or it began to mean nearly anything anyone wanted it to mean. Now, the only thing most people really know about the new evangelization is that it’s supposed to be new.

In fundamental ways, the new evangelization can be traced back to the Second Vatican Council’s universal call to holiness. This call, which exhorts all members of the Church (especially the laity) to live out the Gospel in their everyday lives, had been developing since the pontificate of Leo XIII (1878-1903). In response to the crisis in European Church-state relations after the French Revolution, Leo abandoned the old strategy of trying to influence social and political affairs from the “top down,” so to speak, via ostensibly Christian or Catholic monarchs, and settled instead on an indirect route: educating the Catholic laity in such a way that they might serve as a leaven from within society.

What this strategy presupposes is that the laity would not only be thoroughly educated in the faith but also faithful to the teachings of the Church, especially in social matters. Leo XIII seems to have thought such a level of education of the Catholic laity was possible; by the time of his pontificate, the Church had developed the most impressive educational infrastructure in the world, from Montessori schools to major universities, in nearly every nation across the globe.

It was in the light of this tradition that John Paul II coined the term the new evangelization to designate the evangelization of culture. In A Witness to Hope, his biographer George Weigel confirms that the Pope was animated by the conviction that “history was driven by culture and the ideas that formed cultures.” Thus, “if the idea of the human person that dominated a culture was flawed, either that culture would give birth to destructive aspirations, or it would be incapable of realizing its fondest hopes, even if it expressed them in the most nobly humanistic terms.” Indeed, the failed utopian projects of the twentieth century were, the Pope was convinced, largely the result of flawed conceptions of the human person.

Approximately fifteen years ago I approached officials at a large, secular state university in the…

Now that the Pontifical Commission for the Family, in its recent publication, The Truth and…