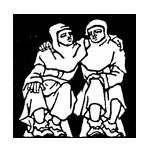 By Melinda Selmys | September 2012
Melinda Selmys is the author of Sexual Authenticity: An Intimate Reflection on Homosexuality and Catholicism (Our Sunday Visitor, 2009). A regular columnist for the National Catholic Register, her articles have appeared in numerous Catholic publications, including This Rock, The Catholic Answer, and Envoy. She writes from Canada, where she lives with her husband and their six children.

One of the common misperceptions of the post­modern era, particularly in contemporary intellectual Christian circles, is the notion that people in the postmodern world are generally unreasonable. It is felt that good, solid Christian common sense is being rejected and misunderstood on the basis of irrational emotional and aesthetic criteria, and that if only reason could be reasserted as the primary mode of understanding the world it would be possible to restore Christian morality, the natural law, and the proper organization of society.

This prejudice against postmodern thought arises out of a basic confusion as to its ends, its relationship to truth, and its position within the history of Western philosophy. Because the advent of postmodernism corresponds very closely to the rejection of the outward forms of Christianity in the public sphere, Christians often mistakenly believe that postmodernism is a critique of, or attack against, Christianity itself. On the contrary, post­modernism is not primarily concerned with responding to Christianity at all. It is engaged in a direct dialogue with the more immediate past, particularly with modernism, which it tends to criticize quite harshly. Christians, particularly Catholics, ought to be fairly comfortable with this — after all, it is only a brief century since the First Vatican Council denounced modernism and required all Catholic priests to take a solemn oath against it. Ironically, however, Christians have come to embrace many of the tenets of modernism, to see them as conterminous with the Western tradition, and to envision the breakdown of modernist institutions as a threat to Christianity itself.

One of the major points of conflict concerns the natural law. Christians have long seen the law of nature as a means of continuing to secure the rationality and truth of Christian morality within a secular and liberal society. This was never a particularly realistic expectation, but throughout the modern period it was possible to maintain the pretext that absolute, universal moral systems could be maintained on the basis of “pure reason,” “moral sentiments,” or “the natural rights of man.” The moral law could continue to hold on to its authority even when its Author was no longer acknowledged.

This involved one of the greatest equivocations in the history of Western thought. The “natural law” was understood in the premodern period as the law of God “written on the hearts of men” (St. Augustine, Confessions II, 9 [PL 32, 678]). This law is a form of revelation and it draws its obligatory power directly from its ontological relationship with the Creator. Indeed, not only was it understood that the natural law is dependent on divine authority, it was also acknowledged that it is impossible to interpret or enact that law without the aid of supernatural grace. Neither observations of the habits of men nor self-knowledge could ever suffice to reveal the fullness of human nature because nature in its observable form is fallen. St. Thomas Aquinas, for example, pointed out that although the primary precepts of the natural law can never be effaced from the human heart, its secondary precepts are subject to all sorts of distortions and misunderstandings. This occurs because the natural law itself is not discoverable without reference to an a priori ideal of human nature. For a Christian, it is only through the person of Christ, the incarnation of the truth about humanity, that it is possible to see exactly what is and is not essential to human dignity and personality.

Although most enlightenment thinkers did believe in some sort of God, they wanted to be able to erect a moral edifice on a foundation exclusive of Christ, to generate a moral law that would arise out of objective, observable, rational, or scientific principles. Nietzsche saw more clearly than most of his contemporaries where this would lead. In his parable of the madman he describes the murder of God, and of course one consequence of the decomposition of belief in divine authority is the loss of any secure foundation for understanding good and evil. In a world without a divine and eternal law, neither the dignity of man nor the rationality of the subject nor the natural law will be able to survive. Deprived of the divinity that is the wellspring of meaning for all other ethical conceptions, the moral constructs of the enlightenment were doomed to fail. The postmodern deconstruction of modernist concepts of the natural law and natural rights is nothing more than the collapse of an edifice that was built on a foundation of sand.

Letter to the Editor: November 2007

An Effect of Grace... Startingly Anachronistic... The Third Secret: Fact & Fantasy... The Chastisement... The Partial-Birth Abortion Act... Stunned by the Protestantized Catholic Church... The Sacrifice of the Mass is Back... A Working Strategy for Traditional Catholics... Nowhere to Lay My Head...