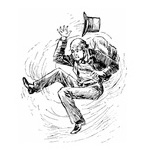 Is Pope Francis a Socialist?

By Steve Soukup | October 2014
Steve Soukup is the Vice President and Publisher of The Political Forum, an "independent research provider" that delivers research and consulting services to the institutional investment community, with an emphasis on economic, social, political, and geopolitical events that are likely to have an impact on financial markets in the U.S. and abroad. This column originally appeared in somewhat different form at the website of the Culture of Life Foundation, www.cultureoflife.org, and is reprinted with permission.

Over the course of the thirty-five years prior to the election of Pope Francis, American conservatives grew accustomed to having their broader social and economic belief systems confirmed by supreme pontiffs. Both Pope St. John Paul II and Pope Emeritus Benedict XVI were understood to be generally sympathetic to conservative views; John Paul in particular was revered as an anti-communist and thus an advocate of liberty and autonomy in the conduct of human affairs.

Needless to say, the former Jorge Mario Bergoglio has presented conservatives with some challenges. Like his predecessors, this Pope has insisted repeatedly that his pronouncements are not meant to be viewed as statements of policy but as declarations of human dignity and need. This, however, has not stopped conservatives from bristling at many of his statements, fretting openly over the first Jesuit Pope’s purportedly leftist leanings.

Consider, for example, Francis’s recent pronouncements on the “legitimate redistribution” of income. This May, at a meeting with the leaders of the United Nations, he spoke broadly about “equitable economic and social progress,” declaring that “a contribution to this equitable development will also be made both by international activity aimed at the integral human development of all the world’s peoples and by the legitimate redistribution of economic benefits by the State….”

Naturally, this set off American conservatives, leading many to shake their heads in disapproval, warning that this type of talk always and everywhere leads to trouble. The popular conservative syndicated columnist Cal Thomas responded in typical fashion, writing, “Charity and philanthropy are better than wealth redistribution because they create a bond between the giver and the receiver, unlike an anonymous government check. These donations also establish an expectation that the receiver has a moral responsibility to use the money or services wisely and be accountable to the giver…. Redistribution, or whatever name you give the practice, is socialism. Socialism often leads to mutually shared poverty.”

A joint document published by the U.S. bishops and the Evangelical Lutheran Church in America leaves unsaid how "Eucharistic hospitality" can be accomplished without violating Catholic practice.

The Priesthood in a Time of Darkness

The problem of two different conceptions of a cleric-as-minister and a cleric-as-priest divided Christendom and has seeped into the Church.