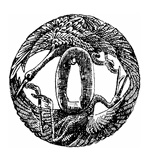 Traditional Albanian weddings are epic. The celebrations last for several days. The custom is to celebrate two wedding parties. Saturday is the bride’s wedding dinner party; all her friends and relatives gather, and the groom’s family arrives around midnight. Sunday night is the groom’s wedding dinner party, with the bride’s family arriving around midnight. I was married at the height of the communist persecution of religious believers, in the only truly atheist country in the world. Whereas churches and religious buildings were preserved in other communist-bloc countries, in my native Albania, religious persecution and the violation of human rights were extreme. Churches, mosques, and tekkes of the Bektashi-Muslim brotherhoods were either destroyed or repurposed.

This was the case of the restaurant where my husband and I celebrated the groom’s wedding party. The restaurant was once St. Procopius Orthodox Church in Albania’s capital city of Tirana. The restaurant’s kitchen stood right over the old altar of the church. My husband’s grandmother, a devout Byzantine Orthodox who managed to preserve her faith, kept an improvised iconostasis inside an old cabinet until the end of her life. She was persistent in saying mental prayer (after all, the communists could not control mental prayer) and making spiritual communion with the Lord several times a day. For our wedding, she invited me and my husband to the kitchen/altar to bless our union, which, due to political circumstances, could not be a sacramental-canonical marriage celebrated in a church. Our marriage was a spiritual marriage. The same was true for the other sacraments I received: baptism (which was a baptism of desire), confirmation (or chrismation), and the eucharist, which came in the form of spiritual communion. The spiritual sacraments — and spiritual communion, in particular — helped keep the faith alive throughout Albania. They provided continuous nourishment during the decades of persecution and saved the faith of a martyred and severely tried people.

Spiritual communion is an intense personal devotion that individuals use to express their desire to receive Holy Communion when circumstances impede them from receiving the actual sacrament. These circumstances include the inability to attend Mass for medical or age-related reasons, distance, persecution, etc. Yet, despite various impediments, what all those who resort to this devotional have in common is their desire to be united to Jesus Christ. Spiritual communion is an imperfect, incomplete, or lesser sacrament. In the Latin Church, it is classified as a sacramental; the Eastern Church considers everything that is in and of the Church to be a sacrament. Daily Communion was not common in the medieval Church — that is why spiritual communion was practiced and preached by several saints, including Bl. Jane of the Cross (1481-1534) and St. Teresa of Ávila (1515-1582). The Council of Trent (1545-1563) distinguished three ways of receiving the Eucharist: sacramentally, spiritually, and a combination of both — sacramentally and spiritually at once. Those who receive the sacrament spiritually eat in desire the heavenly bread set before them.

Pope Pius XII, in his encyclical Mediator Dei (1947), criticizes those who do not want to have Masses celebrated unless the faithful communicate, or who consider the general communion of all present as the culminating point of Mass. Pius specifically mentions spiritual communion: The Church, he writes, “wishes in the first place that Christians — especially when they cannot easily receive holy communion — should do so at least by desire, so that with renewed faith, reverence, humility and complete trust in the goodness of the divine Redeemer, they may be united to Him in the spirit of the most ardent charity” (no. 117; italics added). Pope St. John Paul II, in his encyclical Ecclesia de Eucharistia (2003), also encourages the practice of spiritual communion, which, he says, “has been a wonderful part of Catholic life for centuries and recommended by saints who were masters of the spiritual life.”

As we mark the two-year anniversary of Jorge Bergoglio's election to the papacy, the extended honeymoon period with liberal Catholics that he enjoyed is coming to a bitter close.