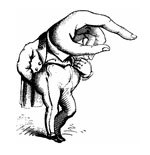 By Thomas Strobhar | February 2008
Thomas Strobhar, President of Thomas Strobhar Financial in Dayton, Ohio, has over 25 years of investment experience. He is the founder of Citizen Action Now (www.citizenactionnow.com), an advocacy group that combats the imposition of the homosexual agenda, and Chairman of Life Decisions International (www. fightpp.org), an advocacy group dedicated to challenging the Culture of Death and promoting chastity. He is also the founder of Pro Vita Advisors (www.provi­taadvisors.com), a nonprofit organization dedicated to exposing and confronting the business aspects of abortion. His shareholder resolutions against contributions to Planned Parenthood have affected corporate policies at AT&T, American Express, General Mills, Target Stores, Berkshire Hathaway, and others.

What do the bishops have to say about this? Not much. Until a few years ago, they had nothing to say. The investment guidelines of the United States Catholic Conference of Bishops (USCCB), first formulated in 1991, ran over 15 pages and treated esoteric subjects, like affordable housing, in some detail. But there was not a single word about pornography, one of the most likely precipitators of personal sin. Apparently, the bishops hadn’t thought of it or did not think it was important. Maybe they hadn’t heard many confessions lately. In 2003 that changed. They altered their guidelines and included the problem of pornography. The result: the bishops gave their blessing to investing in porn-related companies as long as the company’s revenues from porn were not “significant.” The USCCB’s express policy, as stated in its “Socially Responsible Investment Guidelines: Principles for USCCB Investments” (Nov. 12, 2003), is: “The USCCB will not invest in a company that derives a significant portion of its revenues” from pornography.

The Christian Brothers are one of the largest investors of Catholic institutional money in the world. They invest billions of dollars for over 1,000 Catholic “dioceses, religious institutes, educational institutions and health care organizations.” Archbishop John Vlazny of Portland, Ore., is a trustee of CBIS, and Archbishop Emeritus James Keleher of Kansas City is a former trustee. CBIS helped formulate the bishops’ original investment guidelines in 1991 and boast on their website that “CBIS was honored to be the only investment firm asked to advise the USCCB in the development of the updated guidelines” in 2003. CBIS, which touts its “disciplined approach to socially responsible investing” as a way for “Catholic institutions to invest in a manner that is consistent with their mission and with the teachings of the Catholic Church,” is presumably in the best position to know what “significant” means to the bishops in practice.

The Church in Crisis

When the Church is in crisis we do not always fully understand what is happening while it is happening. Nor do we see where it is all leading.

Christians need to be aware of how the structure and agendas of tech platforms like Facebook establish tyranny over religious and rational discourse.