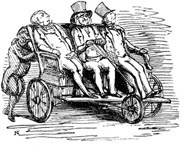 By James F. Tynen | April 1997
James E. Tynen is an Assistant Director of Student Activities at the University of Pittsburgh.

In a statement to the Pontifical Academy of Sciences on October 22, 1996, the Pope said that “new knowledge leads to the recognition of the theory of evolution as more than a hypothesis.” John Paul II seemed merely to be acknowledging that evolution has been a useful idea in the sciences.

He went on to state clearly, however, that acceptance of evolution as a factor in biology does not mean acceptance of it as an all-embracing explanation that would eliminate the need for a theological understanding of the world. Evolution and the teachings of the Church can coexist; the material does not crowd out the spiritual. “If the human body takes its origin from pre-existent living matter, the spiritual soul is immediately created by God,” the Pope said. “Rather than the theory of evolution,” he continued, “we should speak of several theories of evolution.”

If most mutations warp or destroy what’s already in the DNA of an organism, where’s the step-by-step pathway upward to the new and improved versions?

Intelligent, well-educated Christians even today have good cause to believe those fundamental truths revealed by God in the first three chapters of Genesis.