Volume > Issue > From Protestantism to Catholicism, From the Novus Ordo Mass to the Tridentine Latin Mass 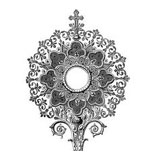 From Protestantism to Catholicism, From the Novus Ordo Mass to the Tridentine Latin Mass

By Michael Larson | May 2007
Michael Larson teaches English at Minnesota State College -- Southeast Technical. He received a National Endowment for the Arts Fellowship in 1995 and has recently published a book of poems, What We Wish We Knew (Ex Machina Press, 2005)

A conversion story, like any story, is something of a reconstruction, limited by the clues available to one presently and by the gulf of time. Just as one cannot step into the same river twice, neither can one see with the same eyes one had at some previous point in life. What follows then is my reconstruction of the path by which I have become a traditional Roman Catholic. When I look back now, even with the illumination of hindsight, I cannot apprehend in one glance — or even in many glances — the whole of it. I see in the distance where the trail begins and bits of sunlit footpath between here and there, but much of it remains in obscurity. These are the limitations of human memory and understanding. Nevertheless, I find myself here now — and for poignant reasons, which I will try to explain.

I was born into a Lutheran home and baptized as an infant. My parents taught me at a very young age to believe in the Trinity, the Incarnation, the Crucifixion, and the Resurrection. My parents also made clear to me that Christ died for my sins and that if I would accept Him as my Lord and Savior, He would live in my heart in this life and take me to Heaven in the next. I have never stopped believing any of these things. Then again, these things cannot rightly be attributed to Protestantism, at least not in their ultimate origin. These beliefs, understood generally, are truths the Protestant Reformers took with them when they broke away from the Church and started their own versions of Christianity.

Why I Attend the Traditional Latin Mass

St. Thomas writes, "It is absurd, and a detestable shame, that we should suffer those traditions to be changed which we have received from the fathers of old."