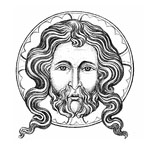 By Robert R. Allard | March 2008
Robert R. Allard, who returned to the Catholic Church in 1993 after a 25-year absence, is the founding director of the Apostles of Divine Mercy (www.DivineMer­cySunday.com). His articles have been published in various Catholic magazines and newspapers, and he has appeared at conferences and on numerous talk shows. Mr. Allard is available for seminars to provide information to priests and seminarians. He can be reached by e-mail at robertallard@divinemercysun­day.com or by phone at 1-888-732-0722.

Ed. Note: The Feast of Divine Mercy falls on March 30 of this year.

It is urgent that we understand how to celebrate Divine Mercy Sunday. The late Pope John Paul II mustered his last bit of strength to record his message to the world that was to be read on Divine Mercy Sunday. By God’s Divine Providence, that turned out to be the very next day after his death. His words were read on April 3, 2005, at St. Peter’s Square, after the Mass for the repose of his soul.

John Paul’s message underscored the great need to counteract evil with the gift that the risen Lord offers us on Divine Mercy Sunday. He ended with these words, speaking of the great gift that pardons and reconciles: “It is a love that converts hearts and gives peace. How much the world needs to understand and accept Divine Mercy!”

John Paul recognized the need for everyone not only to understand it, but to accept it. He was well aware of those who, like the Prodigal Son’s brother, have not yet accepted that mercy that can readily restore sinful souls to “royal dignity.” It is sometimes difficult for priests to appreciate how Divine Mercy Sunday can be that one special day, every year, where souls can receive an entire pardon of their sins.

We have heard all the objections before: “Divine Mercy Sunday takes away from Easter,” “The Pope put the Feast of Divine Mercy on the wrong day,” “How can that day be different from any other day?” The people who say these things don’t recognize that this Feast of Mercy is today’s fulfillment of the Old Testament “Day of Atonement,” the annual feast in which sins were forgiven, and the only day that the High Priests could enter the Holy of Holies. God told Moses that it was to be their Sabbath of Sabbaths.