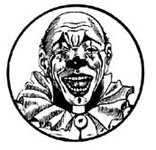 By Eileen Spatz | October 2003
Eileen Spatz is a mother of three, residing in San Clemente, California. She is an advocate of home-schooling and is still home-schooling her youngest child. She has written for numerous publications, including The Washington Post, and the Los Angeles Times. She is a "revert" to the Catholic Church (since 1998).

As a mother of two teenagers I am weary. This stage of motherhood has always been difficult, no matter what the era, but in today’s culture raising teens can be downright exhausting. I am not referring to the hectic schedule of sports activities, dances, homework, and SAT prep classes. What I am addressing here is the relentlessly demanding job of formation.

I remember when my son was about 11 years old and I had to tell him that he could not go see yet another movie, because it was inappropriate. He got very upset with me and blurted out, “Why do you have to be such a [short pause] MOM!” What could I say except that it was my duty on earth to guide his soul toward Heaven, and that is what a mom should do.

I learned early on that discipline and consistency, coupled with love and affection, were necessary components for successfully rearing children. If parents don’t make the effort in the early years, they will pay the price dearly by the time their child is just four years old. Children need boundaries and discipline much more than they need candy and indulgence. Choosing the “parent as friend” model will surely backfire at some point during the child-rearing years. Children need their mothers (and fathers!) to clearly articulate what is right and wrong behavior, and as they grow and develop intellectually and emotionally they need to be taught why, based on God’s plan for them.

Given the climate of today’s teenage culture, devoted parents are really in for a battle. Satan is working overtime in every single realm of the teenager’s life. Our job becomes so burdensome that we feel like David fighting Goliath. The slingshot of Truth sometimes feels so inadequate in the face of the constant barrage of filth so prevalent in their world. Never in history has pornography been so widely available. From Victoria’s Secret commercials on television to porn hucksters infiltrating your email account to standing in a grocery line and seeing sexual topics and poses on the cover of every magazine — it is an unending bombardment of garbage. And this is the mild stuff.

Through all this we moms plod along, shoulders dragging a little lower each year, trying to give our children the spiritual tools they need to fight off the Enemy who wants their souls for himself. We pray for them and we pray with them; we pray in front of the Blessed Sacrament, we pray the Rosary every single day. Just think about the children whose moms are not paying attention, who are not fighting and praying for their children’s souls. These parents want to be their kids’ buddies, they don’t want the tiresome and demanding job of actually being a parent. But without the guidance of a firm hand, children will surely lose their souls, succumbing to the temptations of the world.

Letter to the Editor: July-August 2001

New Oxford Witch-Hunt... The Bible Names People Who Are in Hell... Deconstructing Neuhaus... Why Would Satan Bother?... "Loving God, Mother of All"...

Where Have All the Protestants Gone?

Has anyone noticed the almost complete disappearance of Protestants from our nation? “What!” I can…

"Some" - not "many - Polish priests renounced their ministry in the face of Nazi evil.