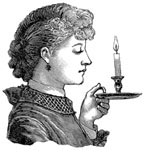 By Joseph Collison | January 2000
Joseph Collison is the Director of the Office of Pro-Life Activities for the Diocese of Norwich, Connecticut, and Chairman of the Board of Caring Families Pregnancy Services.

Suffer the little children to come to me for of such is the kingdom of heaven. — Mark 10:14

On January 22, 1973, the Supreme Court announced (apparently without shame) that they didn’t know when a baby’s life begins. With that admission the Court legalized abortion. On that day America was transformed from a nation which protects her children to a nation which officially and legally values the life of an unborn child less than we value the life of a furbish lousewort.

“No more child abuse!” That was the cry a generation ago of those working to legalize abortion. “Every child a wanted child!” was Planned Parenthood’s slogan. If abortion were legalized, child abuse would disappear. Calmer heads, perhaps realizing that abortion is a form of child abuse, predicted that by legalizing abortion our nation would lose respect for human life in general and children in particular, and that child abuse would increase. The “enlightened” social engineers who controlled — and still control — education and the media ignored these predictions.

But each day we see the results of the Court’s decision: “HHS Study Finds Sharp Rise in Child Abuse,” proclaimed a recent headline in The Washington Post. Sharp indeed. In the Roe-v.-Wade quarter-century, child abuse has increased one thousand percent. Federal statistics now record 2,800,000 cases of child abuse and neglect each year.

The Future Ain't What It Used to Be

Charlotte Allen has made the provocative assertion that the project of Catholic dissent has "lost steam as an intellectual movement."