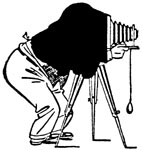 In the bleak midwinter a few years back, I visited an Eastern-rite Catholic monastery deep in rural Wisconsin. It was a long drive, past Lake Winnebago and into the snowy grays and whites of the far North Country. The world lay frozen and still. When my traveling companion and I finally arrived, a strapping young novice in a long black cassock and sporting a frizzy beard came out to greet us. He smiled warmly, sincerely — Christ-like. He took our scant luggage and showed us inside.

The monastery was quiet, of course. The walls were adorned with icons of the Blessed Mother, Jesus, and the angels and saints. A photograph of Pope Francis grinned down goofily from the wall halfway up the stairs. As we moved into the warmth of the foyer and brushed the snow from our shoes, a couple other monks passed us, silently acknowledging our presence, effortlessly taking our newness into the rhythm of their life of prayer.

Prayer — that was it. These were men who prayed. They prayed constantly. It was a prayer for them to meet us, a prayer when we later said goodbye. It was a prayer when we sat down to supper, and a big prayer when they rose at four in the morning to light the tapers, incense the icons, and chant the liturgy of the hours. It was prayer, and sacrifice. I later learned that one man there had given up a lucrative career and millions of dollars to join the brothers. Others had given up dreams of marriage, illusions of pleasure, and the holographic world of fleeting forms to be in that drafty old building in the middle of nowhere, with nothing to do all day except work in the kitchen, work in the fields, chant the liturgy, and offer every moment of their lives for the greater glory of almighty God.

Why? What was in it for them? What was their recompense for a life cloistered away from the mundane? In a word, joy. Not silly emotions or mere surefooted happiness, but the strange affirmation at the center of our deepest heart of hearts that our one big dream is going to come true: We are one day going to look upon the face of God. It is the pearl of great price for which those few men had given up everything else and moved — some from as far away as Ireland and Australia — into the wilderness of upper Wisconsin.

In the homogenized world of contemporary political and religious thought, a film like this strikes some as dangerously paleo-Christian.