Volume > Issue > Doing Well & Doing the Work of the Lord 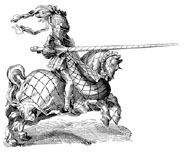 Doing Well & Doing the Work of the Lord

By Mario de Solenni | May 1998
Mario de Solenni is a lawyer in Crescent City, California, who specializes in the areas of criminal defense, consumer bankruptcy, and especially estate planning.

You are a U.S. taxpayer. Let’s assume you have a rental, or maybe some stock, that has increased in value to several times your original cost or depreciated value for tax purposes. If you could give it to your favorite publication, the NEW OXFORD REVIEW (NOR), avoid capital gains tax, get a tax deduction for a portion of the gift, receive income from the asset, keep the asset out of your estate for tax purposes, and, if you so desire, still pass on a sizable gift to your heirs, would you be interested? If so, read on.

This method of gifting and getting it back at the same time is referred to as planned giving with a charitable remainder trust. In essence, what would otherwise go to the Government by way of taxes to enhance its war-making capabilities, or for contraception or abortion, or whatever other endeavor you think to be inappropriate, can legally be redirected to spreading the Gospel.

Most of us who subscribe to Catholic periodicals have seen advertisements for charitable annuities. The Charitable Remainder Trust (CRT) has a similar goal, but is much more versatile. Normally you create a CRT during your (the trustmaker’s) lifetime. It is irrevocable. This means you cannot change your mind about much of anything. It’s all fixed in stone, so to speak, except that you can make limited modifications as to who will be the “remainder beneficiaries” — i.e., the charity that gets what’s left when you die. Typically you, as the trustmaker, transfer assets to the trustee of the trust, who manages these assets to provide an income for you, your spouse, and/or your children (the “income beneficiaries”) for life or a number of years. At the end of the income period, normally when you and anyone else entitled to income die, the remaining trust assets (the “remainder”) goes to your favorite charity, preferably the NOR. The NOR is a nonprofit entity and has 501(c)(3) tax-exempt status with the Internal Revenue Service, and qualifies as a beneficiary for any charitable giving, including CRTs. But it could be your parish, a religious order, the diocese, a Catholic college, a hospital, etc. The CRT has some unique features that make it possible to create trusts which suit a wide variety of trustmakers’ financial and gifting goals.

(1) Tax-Free Growth: Income earned by the trust is exempt from taxation to the trust. Thus, a gift worth significantly more than its depreciated value, or its tax “basis,” can be placed in a CRT and sold without paying taxes on the gain. Income earned by the trust, like that of a tax-deferred retirement plan, is based on the full value of the asset rather than the value after taxes. However, income received by the trustmaker (or any other noncharitable income beneficiary) is taxable. Tax-free growth of the trust fund is the key to the success of this planning method.

The Devil's Fingerprints... City of Confusion - Part II... It Can't Happen Here, Can It?... In Turkey, the Church Officially Does Not Exist