Volume > Issue > Deaths in the Family 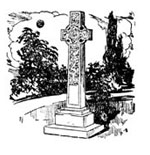 Deaths in the Family

Every year for the past four years we’ve sent out distress signals concerning the critical condition of Catholic publishing (editorials: “Opportunity & Crisis,” Oct. 2007; “Houses Built on Sand,” Dec. 2008; “How Many Victims Will the Revolution Claim?” Nov. 2009; “Not Yet Over the Hump,” May 2010). We’ve been warning that the unprecedented confluence of pressures that have come to bear on our industry would end up crippling or even killing some Catholic publications.

And so it is with a heavy heart and a worried mind that we pass along news of the demise of two well-known and highly regarded Catholic magazines. Ignatius Press has announced that, at the end of this year, it will cease publication of Homiletic & Pastoral Review and Catholic World Report.

Ignatius Press has been subsidizing these two magazines for several years, absorbing combined annual losses in the $200,000 range. As of January 1, 2012, Homiletic & Pastoral Review and Catholic World Report will be available online only, at www.HPRweb.com and www.CatholicWorldReport.com, respectively (see the ad on p. 29 of this issue). In a word, Ignatius is getting out of the magazine business entirely. According to founder Fr. Joseph Fessio, this is necessary in order to keep the Press “financially sound” in the decade to come. Websites, of course, aren’t free to maintain and their revenues are virtually nil, but the annual losses Ignatius Press will incur after “going digital” should be much easier to absorb.

The loss of Homiletic & Pastoral Review in particular is a real tragedy. Billed as a publication “by priests and for priests,” HPR began way back in 1900 (originally under the name The Homiletic Monthly & Catechist), and continued uninterrupted for the next one hundred and ten years, eventually earning the distinction of being one of our nation’s longest-running Catholic magazines. Catholic World Report, a world news and opinion journal, began in 1990 and lasted just over two decades.

In late summer, Pope John Paul appointed a commission to survey religious life in the…