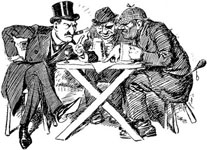 By Robert Coles | June 1995
Robert Coles is Professor of Psychiatry and Medical Humanities at Harvard Medical School, a Pulitzer Prize-winning author, and a Contributing Editor of the NOR.

For us who live in today’s America, I fear covetousness is a daily hazard of life — to the point that it may be regarded as less a danger than a necessity; without it, we might lose our determination to achieve so that we can get, have, own, those verbs that describe the energy that fuels our economic system. I write this after reading some essays written by college students of mine — candid efforts at self-scrutiny of their past, in which they quite poignantly discuss tensions in their minds and hearts: the desire to do well, so to speak, to act on their own behalf, as against their desire to do good, to work on behalf of others. Over and over these young, intelligent, talented youths are frank to acknowledge their wish to live a certain kind of life, to have things, acquire them, enjoy them. Naturally, they are thinking of (they mention) a home, cars, the possessions that so many of us either take for granted or yearn to acquire. But they go on to be more introspective, more confessional, actually — they tell not only of their ordinary needs as Americans who will, most likely, be lawyers, doctors, businessmen, engineers, and teachers (members of that great inclusive amalgam known as the American middle class), but also of their wants. “I worry,” one of them acknowledges, “that I’ll always be desiring something else, something new, and that [therefore] I’ll put my idealism on the back burner, because I’ve got to have this something.” He goes even further, admits that much of what he may so passionately crave, come his future successful life, will be sought in response to others, what they happen to have: “I must admit that even now when I see friends get something new, like a car or some clothes, I get excited, and not just for them. I want what they have!”

This was not St. Augustine writing. The student isn’t a churchgoer, he is of vaguely Protestant background — with “organized religion,” by his own telling, distinctly a thing of his family’s past. Yet, he experiences some discomfort as he contemplates the above described inclination, already evident in his late adolescent dormitory life. He wonders, as a matter of fact, whether he has a “problem” in that regard — a not unexpected resort to psychology as the arbiter of one’s behavior. When I meet with him, talk with him about his paper, I pick up on that, ask what he means. He repeats out loud what he has written — his sense that perhaps he is “too greedy.” I ask for his quantitative criteria — how are we to define that phrase? That is the point, I am informed — his inability to figure the matter out, decide whether he is “just a normal person,” with various material appetites, or a person who won’t rest easy while his eyes have found something that belongs to someone else, and that he very much wishes to be his own.

I am surprised, talking to him, at the trouble I have in being of any concrete help to him. I hear myself speaking in what my wife often would call the “relative mode” — the way I was trained, it so happens, to think: Well, let’s see, if you’re basically doing all right in this life, and not letting these worries or ideas or “problems” get you down, get in your way, then you’re within that wonderful world, that heavenly world, known as “the normal. ” If you have fallen outside such a domain, then you don’t, of course, judge (in the sense of find fault); you try to understand, to make things clear. So I was doing — and in consequence, I became reassuring: Look, we all struggle with such thoughts, even preoccupations (let’s call them), so the point is to be aware of such a truth, and get on with life (in this instance, get on with, among other wishes, the urge to get, to keep getting, and especially, to get what others have gotten).

Later, in my car, listening to the music of Bach, the religious music of Bach, I caught myself wondering what teachers like me might have thought, centuries ago, about someone’s professed covetousness, were it an established presence in a young and quite idealistic life. As children, my brother and I were admonished against a kind of inner state of mind once called covetousness, but more as a matter of psychological and moral principle than spiritual principle. We ought to be, we heard, masters of our own (emotionabpfate — wish for what we have learned to consider worthwhile, useful, and in keeping with the values we had obtained in the course of our family’s life. To “succumb” (the word often used) to others, to wish for things because others have them, to want things because others want them, is to lose one’s independence, one’s own authority. Of course, mental traits can also be objects of desire — coveted qualities, present in others, hence very much sought. There, too, we were taught the importance of restraint and, naturally, self-respect: Learn to accept who and what you are, and then you won’t be eyeing your neighbors, friends, relatives for this or that, whether the yearning is for a quality of mind or body or for something of material nature in the world beyond one’s self.

How can experts sort solidly idealistic activists from those who would end up a source of trouble to themselves or to those meant to be helped?

Once, during an afternoon’s conversation with Anna Freud (who founded the field of child psychoanalysis…