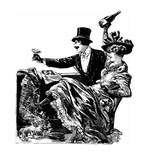 By Howard P. Kainz | September 2009
Howard P. Kainz is Professor Emeritus of Philosophy at Marquette University and a former executive council­member of the American Catholic Philosophical Association. A widely published author, his most recent works include Natural Law: An Introduction and Re-examination (Open Court Press, 2004), The Philosophy of Human Nature (Open Court Press, 2008), and "Sexual Mores, Ethical Theories, and the Overpopulation Myth" in The Heythrop Journal (May 2008).

Recent statistics indicate that contraception is widely practiced, even by up to 80 percent of Catholics, in spite of its clear and constant condemnation by the Magisterium of the Catholic Church. Does this figure include practicing Catholics? Whether they are practicing or not would presumably be the subject of a different poll. Regardless, we are talking about self-identified Catholics who have most likely received the Sacrament of Baptism. Some implications, therefore, suggest themselves.

Many Christian couples, Catholics and non-Catholics, who practice contraception are also against “gay” sex and/or premarital or extramarital sex. Such positions, for such persons, are logically inconsistent. I would even argue that an anti-abortion position is likewise inconsistent.